Saraki stated that claims of him covering up the embezzlement of UBEC funds and also using his position as Senate President to prevent the EFCC from investigating the case is an outright lie. 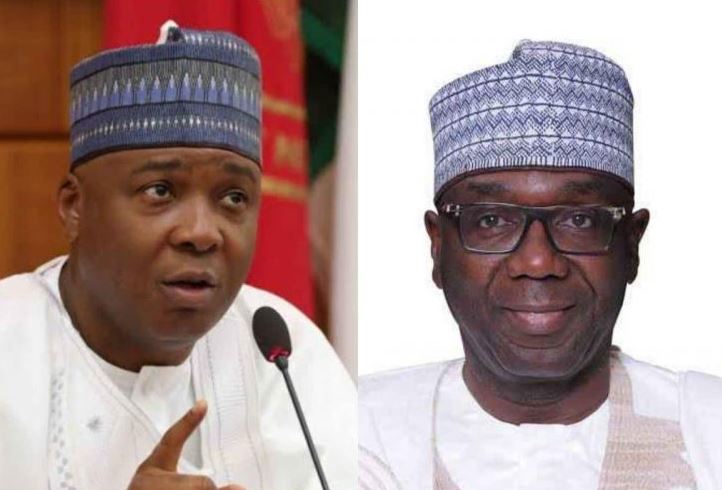 Former Senate President, Dr. Bukola Saraki has issued a seven days ultimatum to Kwara State Governor, AbdulRahman AbdulRazaq of Kwara state to retract his statement about him (Saraki), covering up the embezzlement of Universal Basic Education Commission (UBEC) fund in the state.

AbdulRazaq made the claim during the inauguration of the campaign team of Malam Saliu Mustapha, the APC senatorial candidate in Kwara Central last weekend. He accused the administration of his predecessor, Alhaji Abdulfattah Ahmed, of alleged mismanagement of the UBEC fund in the state.

“I went to Abuja to ask UBEC why Kwara was blacklisted for seven years and was told the funds have been embezzled.

“But when I enquired why UBEC did not prosecute them, they said their leader (Saraki) was the Senate President and they would have problem defending and getting their budget approved if they had taken such action.”

Saraki who is also a former Governor of Kwara state, stated that claims of him covering up the embezzlement of UBEC funds and also using his position as Senate President to prevent the Economic and Financial Crimes Commission (EFCC) from investigating the case is an outright lie.

He further threatened to sue the governor if he failed to retract the alleged statement. Saraki said;

“I have ignored all his lies all this while as I believe he was resorting to that cheap escape measure to mask his failure in governance. Now, I will have to take strong measures by challenging him in court since he will not desist from fabricating lies against me.

“I have told my lawyers to write him to retract the statement or be ready to prove it in court.”