The Closed-Circuit Television camera of the hotel showed the moment Segun and the yet-to-be-identified suspect entered the hotel. 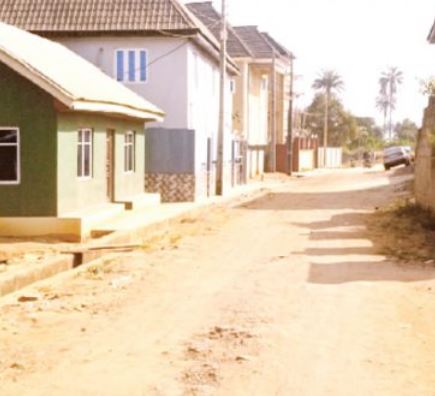 CCTV footage has captured the face of a suspect alleged to have gruesomely murdered a man in a hotel room in Ogun state.

The deceased, identified only as Segun, was found dead in a hotel in Orile-Imo, in the Obafemi Owode Local Government Area of Ogun State.

He had lodged in the hotel with another man suspected to have murdered him on Saturday, January 7, 2023.

Early on Sunday, Jan. 8, the suspect fled after allegedly hitting the victim with a sharp object in the head,  Punch reports.

Hotel workers found his lifeless body when one of them went to clean the room.

The management of the hotel was said to have reported the incident to the Isiun Police Division, which took the body to the mortuary of the Olabisi Onabanjo University Teaching Hospital.

The Closed-Circuit Television camera of the hotel, viewed by the publication, showed the moment Segun and the yet-to-be-identified suspect entered the hotel.

It was observed that the deceased and the suspect talked beside the hotel bar before they paid for a room at the reception.

The deceased, who wore a black jacket, had a facial injury that made his left eye swollen. The victim tried to shield his face from the CCTV camera at all times. 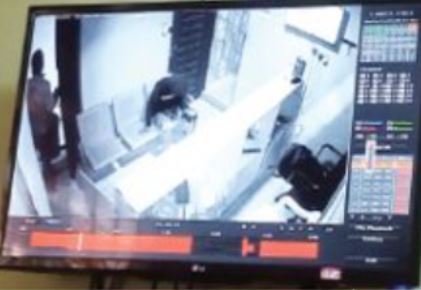 A source told the publication that Segun fought with some hoodlums at a party in the Owode Egba area.

"He left the place when the fight was getting serious. In fact, those boys were still looking for him at the party when he left. I am sure he came to lodge at the hotel so that he could hide from the hoodlums," the source said.

A family member of the deceased, who identified himself only as Tolu and claimed to have seen his corpse before it was buried on Monday, Jan. 9, said there was a deep cut in his head.

The relative also claimed that the deceased’s phone, which was with him in the CCTV footage, was taken away by the suspect.

"The suspect only took his phone; he did not take out of the money. This shows that his major mission was just to get him killed. I believe they might have had an argument, which led to him hitting Segun in the head.

"We buried his remains in his residence in Abeokuta; it is really a painful thing that we don’t even know who was responsible for the death of our brother."

A top management official of the hotel, who spoke on condition of anonymity, however, said from the CCTV footage, it was possible that the victim was not feeling well when he came to lodge at the hotel.

He also revealed that the management was working with the police in ensuring that the suspect was apprehended.

When asked how the suspect escaped without being captured in the CCTV footage, he said, "I believe the guy escaped probably when there was a power outage and we were trying to put on the generator. You can see the CCTV here works 24 hours; if not for the footage, we won’t even know the suspect."