DSS Has Apologized To Okupe Over Arrest - Labour Party


The party described the rearrest as unwarranted on the ground that Okupe has met the condition of his release after his conviction over money laundering. 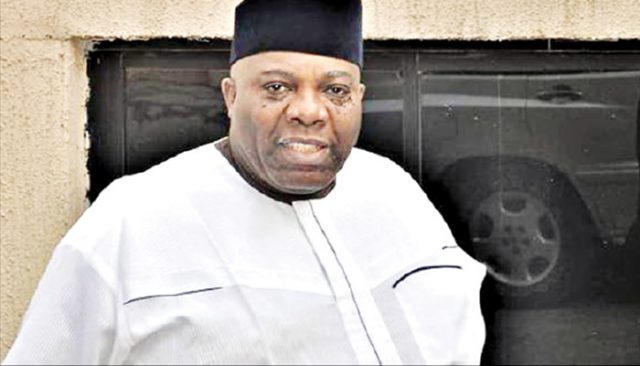 The Department of State Service has apologized to Dr. Doyin Okupe for arresting him today, according to Labour Party.
Okupe is a former Director-General of the party’s Presidential Campaign Council.
LP described Okupe's arrest as “embarrassing”.
The party described the rearrest as unwarranted on the ground that Okupe has met the condition of his release after his conviction over money laundering.
The Chief spokesman for the party’s Presidential Campaign Council, Yunusa Tanko, said, “I can confirm to you that Dr Doyin is fine, he left Awolowo way, the DSS facility moments ago and the DSS has apologised to him for the error they have done in re-arresting him.
“For us, we felt this is an embarrassment for somebody who has already paid for the accusation which was levelled against him at the Federal High Court because if he had something left, he would not have left the premises of the court as a free man.
“This was orchestrated to embarrass him, the DSS has apologies to him, which I can confirm to you directly, that he is freed and he is proceeding on his Journey.”
However, contrary to the party’s position, Okupe had said that it was EFCC who apologised to him for the commission’s error in his rearrest.
In a tweet on his official handle, Okupe wrote, “I was arrested and detained at the Murtala Mohammed International Airport, Lagos this morning, January 12, on my way to the UK for medicals, years after my passport was withheld by the FHC, Abuja.
“I just left the EFCC office where the senior and younger officers in Lagos and Abuja apologised to me for the error.”
Querying the action, he asked if it was an occupational hazard.
Top Stories