It has been reported that the star's two children were hospitalised as a result of the incident, one of whom is said to be in critical condition. 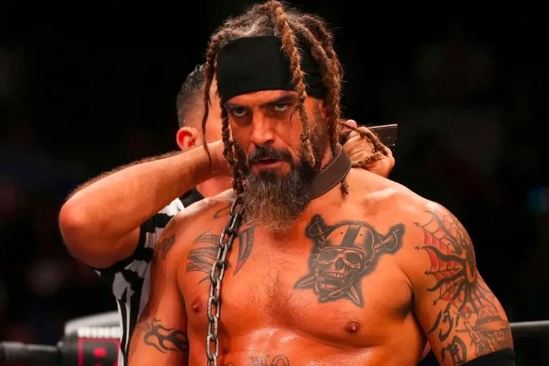 The wrestler was killed in a car accident aged just 38.

Daily Star UK reports that Jay Briscoe – real name Jamin Pugh – who formed one half of the world champion tag team duo The Briscoe Brothers with his sibling Mark, died in the crash, which occurred in the US state of Delaware on Tuesday evening (January 17).

It has been reported that the star's two children were hospitalised as a result of the incident, one of whom is said to be in critical condition.

"Known to fans as Jay Briscoe, he was a star in ROH for over 20 years, from the first show until today.

"Jay and his brother Mark dominated ROH, reigning as champions to this day. We'll do whatever we can to support his family. Rest In Peace Jamin."

Wrestling outlet Ringside News said that according to an emergency log of the incident a woman in another vehicle was also killed at the scene, adding it is "believed that Jay Briscoe’s daughter was also in the wreck."

Sources told the web site "they were on their way back from a cheerleading competition at the time" with the same report referring to a "critical paediatric".

Adding to speculation, local broadcaster WBOC said: "Due to the tragic incident, the Laurel School District say they are closing schools on Wednesday, January 18, and that schools will reopen on Thursday, January 19."

WWE legend Matt Hardy paid tribute to his fellow wrestler on Twitter saying: "Heard this tragic news while flying. I’m DEVASTATED that Jay Briscoe (Jamin Pugh) tragically died today. I was honored to work with him many times. I loved Jay. Jay was SO real. Jay loved his wife & kids more than anything & we shared that bond. I’m heartbroken for his family."