Sai Baba! This Hilarious Joke About Buhari's Change Will Sweep You Off Your Feet (Photo)


Nigerians in reaction to the current plague of inflation in the country are flooding social media with memes to express their displeasure with this current administration. 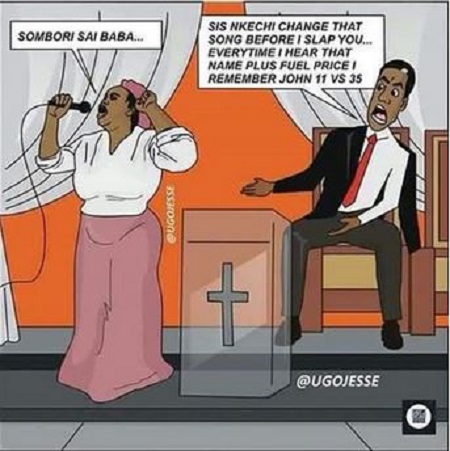 The hilarious carton in question

President Muhammdu Buhari's government has become an object of criticisms in recent time owing to the assumed poor management of the Nigerian economy. This has forced several Nigerians who threw their support behind him to have a rethink on their political decisions.
Above is a meme that mocks Buhari through a popular gospel song that shares the same pronounciation with the president's nickname, 'Sai Baba' which gained prominence during his victorious 2015 presidential elections.
Meanwhile, the bible verse; book of John verse 35 reads: "Jesus wept"
Top Stories