Several lawyers in Nigeria have lined up to defend Igbo trader, Chinakwe who is currently facing trial for naming his dog after the Nigerian first man. 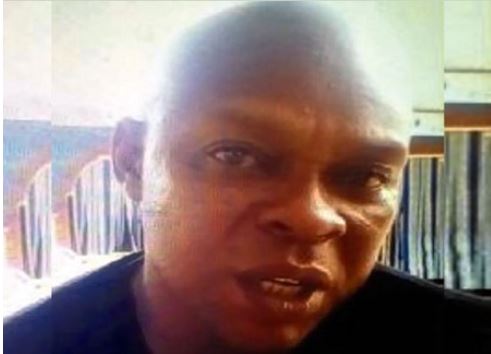 Mr. Joachim Chinakwe Iroko
More than 100 lawyers, including 20 Senior Advocates of Nigeria (SAN), would be assembled to defend Mr. Joachim Chinakwe Iroko, who has been in detention for naming his dog ‘Buhari’.
This will come as a boost to the poor trader who could hardly meet his paltry bail conditions which led to him being remanded at the Ibara prison by a magistrate court in Ogun State.

According to Barr. Inibehe Effiong, convener of the Coalition of Human Rights Defenders (COHRD), who disclosed this on Thursday, it was a move against “injustice, tyranny and arbitrariness.”

Also, a similar group has emerged in Abuja declaring that they would ensure that Iroko’s rights are fully protected even if it requires pursuing the case beyond Nigeria’s courts.

The group, led by Mr. Joseph Adamu of the Coalition Against Human Rights Abuse (CAHRA), said it would assemble lawyers that would properly assist those who have begun free judicial representation for Iroko even as the group said it would raise financial assistance if needed.

Iroko was arrested last week for naming his dog ‘Buhari’, which was deemed offensive by some of his neighbours in an area said to be populated with the President’s supporters.

The police stepped in to arrest him but set him free immediately. He was later re-arrested in what the Ogun State Police Command termed “an attempt to cause ethno-religious violence.”

Iroko was subsequently charged to court and has failed to raise the cost of the bail bond of N50,000. At the time of this report, he was still in Ibara Prison in Ogun State.
Iroko expressed sadness about his dog which has been reportedly killed and he also expressed gladness about his prison experience where he learned some invaluable lessons by interacting with inmates.
Top Stories