The Boko Haram hideout of Sambisa Forest has been cleared of terrorists by the Nigerian Army, as the troops have just built an infrastructure in the forest. 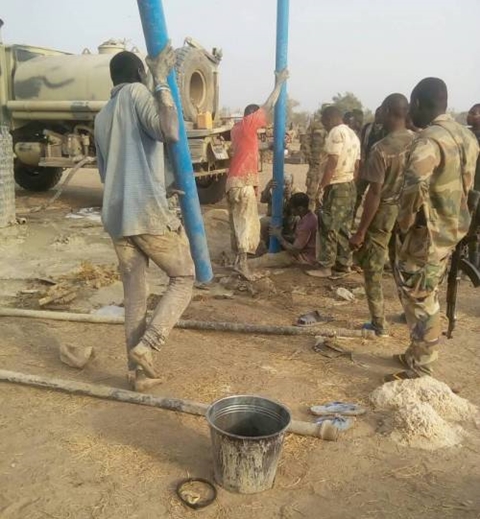 Borehole built by the Nigerian Army in Sambisa
According to new photos posted online by SaharaReporters, the Nigerian Army has consolidated its hold on the Boko Haram playground of Sambisa Forest by building a borehole for water supply in the dreaded forest.
It was gathered that the troops attached to Operation Deep Punch 11, turned the heat on the Boko Haram commanders, including its factional leader, Abubakar Shekau, who has been forced to flee as they cleared the location of terrorists. 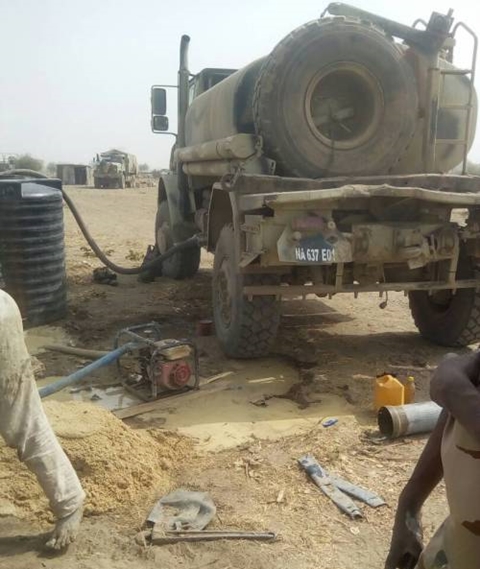 In a demonstration of its success, the Army is building infrastructure in the location. Among these are roads and a borehole in Sabil Huda, which was cleared earlier in the week.
The borehole will serve nearby communities and provide troops with easy access to water, something they had lacked. 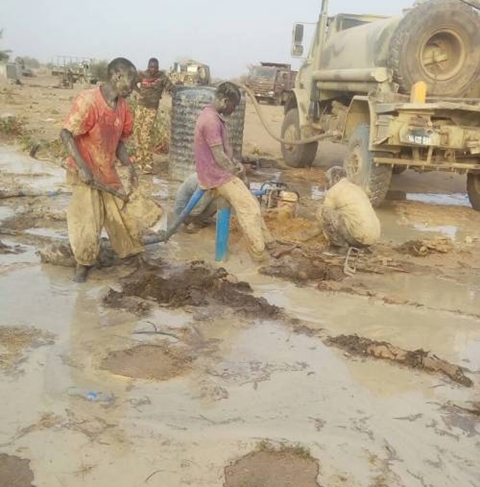