Shocking Photos Of Thousands Of Vehicles Stuck In Traffic In China


Asian giant, China has a population over 1.4 billion people and the country has continued to deal with issues surrounding overcrowding and straining of available public facilities. 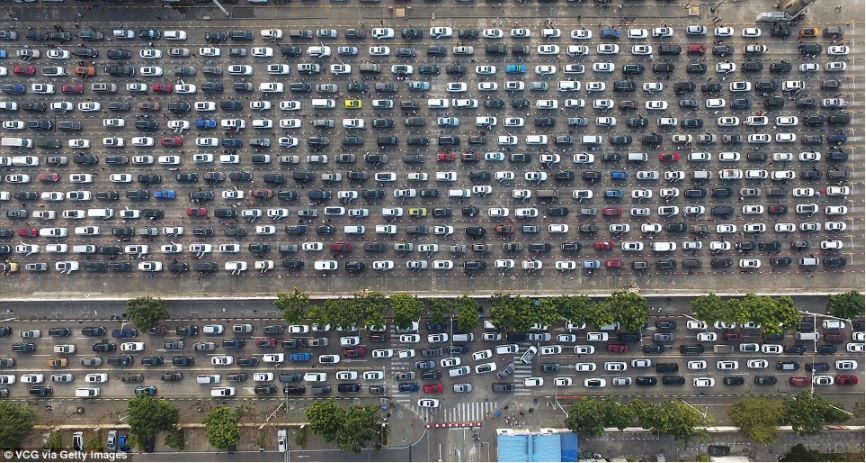 Aerial view of cars in traffic
Mind-blowing pictures show thousands of vehicles stuck in an epic 10km traffic jam in China as holiday-goers try to return home
More than 10,000 cars and over 100,000 travellers were stuck in a massive traffic jam in China last week as they waited to get on ferryboats to leave popular tropical island Hainan.
According to Chinese news site Sina, the huge queues stretched for around 10 kilometres (6.2 miles) at one point. The congestion was caused by heavy fog over the Qiongzhou Strait in Haikou. 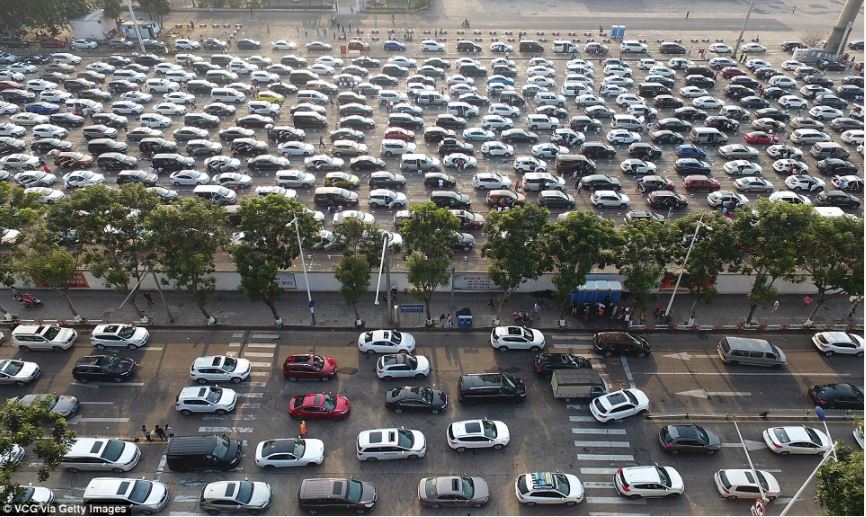 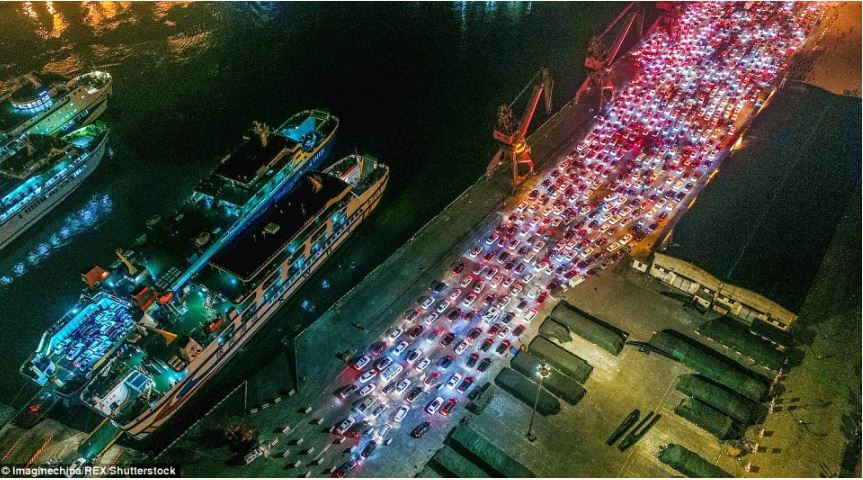 The incredible gridlock took place at the end of China's seven-day national holiday to celebrate Lunar New Year. As a tropical destination, Hainan Island was hugely popular among tourists who were looking for sunshine.
In the space of seven days, around five million people swarmed to the island which is roughly the size of Belgium. But when they were trying to return home, they found themselves trapped on the island due to foggy weather as boats could only operate periodically.
Huge queues of vehicles were spotted outside of the islands Xiuying Port, Xinhai Port and Nangang Port from the evening of February 19 and by midnight, over 10,000 vehicle had been stuck.
As a result of the traffic jam, the price of the flight tickets out of Hainan to major Chinese cities soared up by some 20 times. 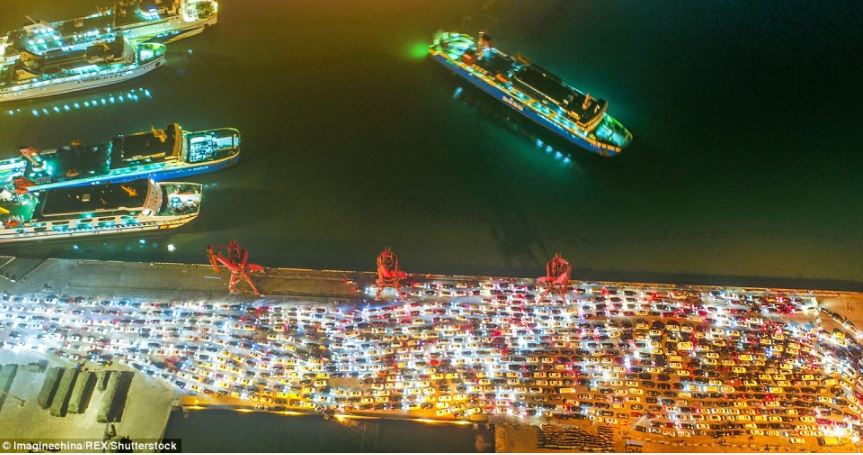 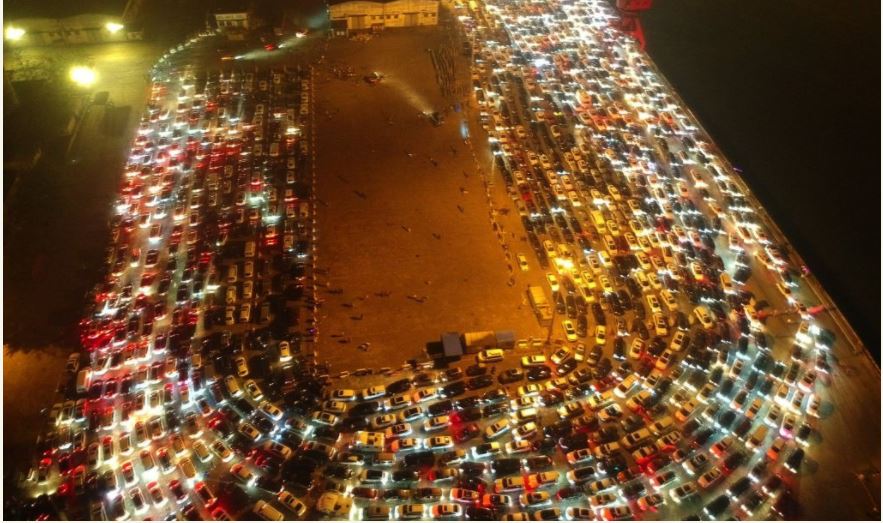 It's said that after the ferry re-opened on the morning of February 20, 30 boats shuttled between the strait to transport nearly 7,000 vehicles over in 4.5 hours.It took another 24 hours to clear the queue.
The worst traffic jam ever in China took place in 2010 where motorists were caught up in a 60-mile tailback which lasted for more than 10 days on the Beijing-Tibet Expressway due to roadworks. 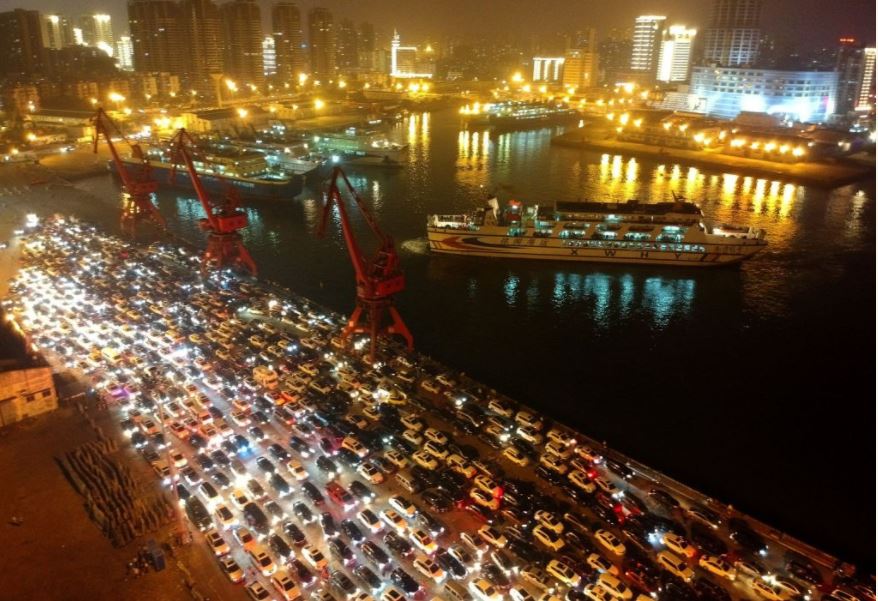 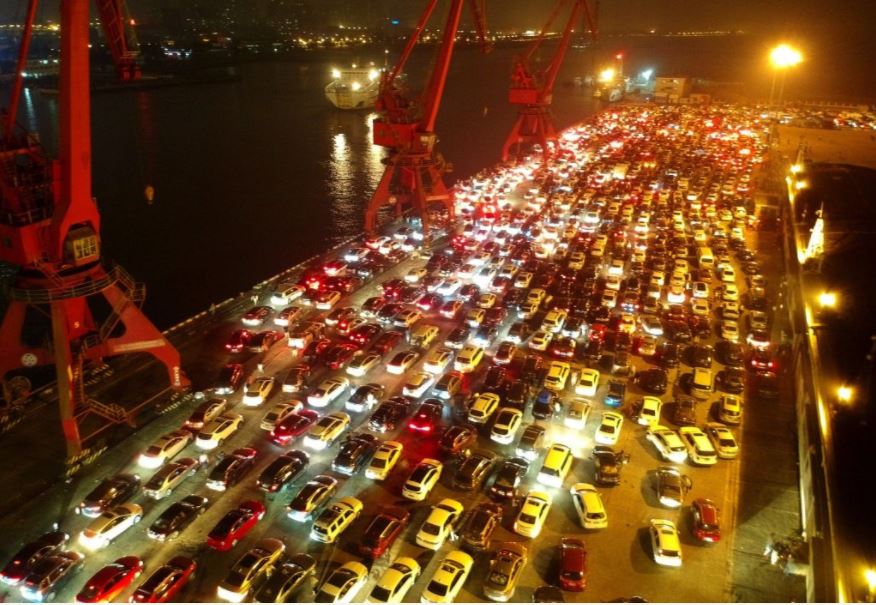