Leah Sharibu: Presidency Speaks On The Only Dapchi School Girl Still In Captivity


The Presidency has revealed what it will do after Boko Haram terrorists refused to release Leah Sharibu because she refused to convert to Islam. 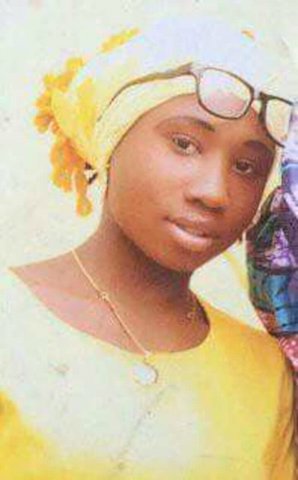 Leah Sharibu
President Muhammadu Buhari is committed to the freedom of Leah Sharibu, the only Dapchi schoolgirl still in captivity,  as he was to the freedom of all the 110 girls when they were abducted by Boko Haram terrorists.
According to Garba Shehu, Senior Special Assistant to the President on Media & Publicity, President  Buhari will not relent in bringing  Leah Sharibu safely back home to her parents as it has done for the other girls.
Leah was held back by the terrorists over her decision, as reported, not to convert from Christianity to Islam.
“President Buhari is fully conscious of his duty under the constitution to protect all Nigerians, irrespective of faith, ethnic background or geo-political location and will not shirk in this responsibility”,  Shehu said.
“The President is equally mindful of the fact that true followers of Islam all over the world respect the injunction that there is no compulsion in religion.
“To this effect, no one or group can impose  its religion on another.
“His heart goes out to the isolated parents who must watch others rejoice while their own daughter is still away.
“The lone Dapchi Girl, Leah, will not be abandoned,” President Buhari said.
President Buhari assures the Sharibu family that he will continue to do all he can to ensure that they also have cause to rejoice with their daughter soon.
-NAN
Top Stories