Embattled Senator Dino Melaye, has spoken out from abroad after reports emerged on him fleeing Nigeria and vowed not to return until there is a new government at the federal level as well as a new one in his home state of Kogi. 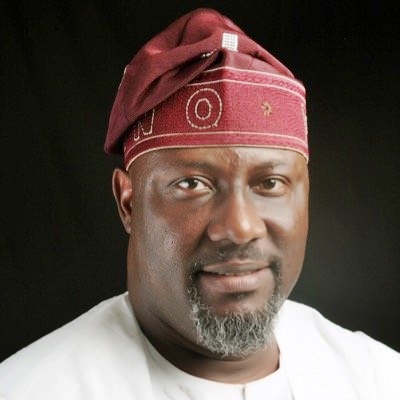 Dino Melaye
Relying on sources, SaharaReporters on Saturday, reported that the embattled Kogi West Senator, Dino Melaye, fled Nigeria, and is prepared not to return until there is a change of government at the federal level and his state, Kogi.
According to the publication, Melaye also warned the Senate President, Bukola Saraki, and other senators to fight for him, failure of which he would bring down at least 30 senators, adding that the lawmakers held a meeting Saturday afternoon to discuss the threat, while slating another for later in the day.
In a swift reaction to the story, Senator Melaye, in a statement sent to PREMIUM Times late on Saturday, said he had no reason to flee the country, and accused Sahara Reporters which published the report, of spearheading a blackmail against him.
The lawmaker who said the report was not true, however, did not give details of his engagement outside the country, having confirmed in a letter on Friday that he was abroad. He also did not state when he plans to return to Nigeria.
“For the records, I did not flee Nigeria and have no reason to flee my country leaving behind my family as the online paper wants Nigerians to believe. My attention was drawn to their lies this night, hence this public statement, lest the unsuspecting members of the public and my supporters believe the lies by Omoyele Sowore as directed by his new paymasters,” he said.
He said the report was meant to cause disharmony within the senate. “The lies in the SaharaReporters’ so-called news report is nothing but to cause serious disharmony in the senate and among united majority senators, who are resolute in defending democracy and its institutions no matter whose ox is gored.”
Earlier on Friday, in a five-page letter written by his counsel, Rickey Tarfa, Senator Melaye asked the Inspector General of Police, Ibrahim Idris, to intervene in the rough relationship he is having with police officers.
The lawmaker said he was ready to submit himself to the police on the condition that he is investigated by police officers from Abuja, and not Kogi.
In his Saturday statement, he attacked the police again, saying the force never invited him for questioning. In the letter, Senator Melaye said Governor Yahaya Bello of Kogi had perfected plans to “arrest and detain him, and then murder him in prison while he is awaiting trial.”
In the Saturday statement however, he accused the police of being culpable in hatching the plan. “For the avoidance of doubt, I have not received any court summon either in person or by proxy in my house or office for me to appear on March 28 as being insinuated by the police regarding the latest allegation against me.
“Last Monday’s stage-managed parade of crime suspects in Lokoja by the Force Public Relations Officer, Mr Jimoh Moshood, where a suspect was tutored to implicate me is just a continuation and expansion of the police attempt to have me arrested at all cost and ultimately kill me.‎”
“The public will recall that on Thursday, March 1, 2018 when the Federal Government arraigned me for allegedly given “false information” to the police in a case of failed assassination plot against me, at the FCT High Court in Maitama, Abuja, SARS operatives from Kogi State Police Command laid siege on the court premises in order to prevent me from enjoying my bail with the intention to kidnap me to Lokoja to be poisoned, although it turned out to be another failed attempt on my life.
“It is worrisome that the Police Headquarters has got itself entangled in the Kogi political crisis and has taken side. It is however bizarre and unprecedented that the FPRO, Mr. Moshood, will have to travel to Lokoja last Monday in order to act a script written by Governor Bello. A discerning mind will ask that, how many times has Mr. Moshood travel to Sokoto, Enugu or Lagos to parade suspects on behalf of a Police Commissioner?”
Senator Melaye said he has taken up the issue “with the international community in order to report this undue intimidation and harassment.”
Apart from his problems with the police, Senator Melaye faces a recall from the senate as the electoral commission, INEC, on Friday, released a new timetable for his recall which had been stalled since last year based on a High Court ruling.
Top Stories