Naira Crashes, Falls To N412 For A Dollar


Ahead of the upcoming 2019 general election, Kingsley Moghalu, has just announced that the political party he has chosen to run for president next year. 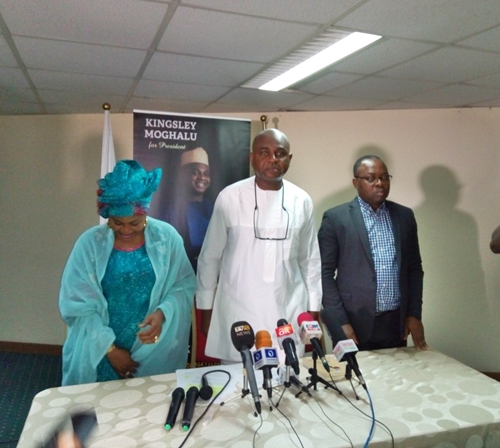 Kingsley Moghalu a pnnounces arty for 2019 presidential election
While speaking on Thursday at Ekiti Hall of NICON Luxury Hotel in Abuja, the 2019 presidential aspirant, Kingsley Moghalu, announced that he has chosen to run for president next year on the platform of the Young Progressive Party (YPP).
According to PREMIUM Times, the 55-year-old Anambra-born ex-banker who had declared on February 28 to run for president without disclosing which political parties he would be running on, said his choice of YPP was borne out of thorough assessment as he did not want a party with moneybags and recycled politicians.
The former deputy governor of the Central Bank of Nigeria (CBN), said he needed a party with an ideology that matches his and a structure across the country that when developed will be a good platform to win as he is in the race to win.
Speaking on why he did not reveal the platform on which he would be running then, he said there were many parties reaching out to him and he needed to build his identity outside a platform before choosing a platform so he would not be judged by the platform. 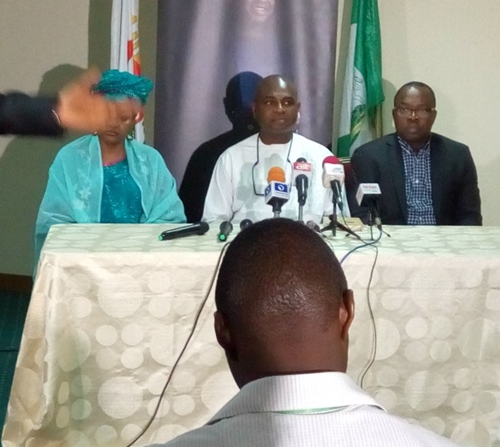 He said; “Many people have been wondering which political party I will be joining. At first I did not announce my political party, it was deliberate, it was part of our strategy.
“I joined them (YPP) with a view to becoming their candidate and a flag bearer of the party. I wanted to be a part of a democratic movement not a polity of greed and settlement.
“The reason I didn’t announce my political party in the first place was one because there were so many parties were approaching me so why rush into choosing a party. Why not evaluate.
“Because I had not been a politician before, I needed Nigerians to know me better and know what I stand for much more clearly before I announce the pokitcal platform.”
He said he avoided the ruling All Progressives congress (APC) and the Peoples Democratic Party (PDP) because he saw them as parties filled with recycled leaders.
Speaking on why he felt he could make a difference, he said; "I considered what I am bringing, the passion for Nigeria, love for our country, I considered my experience 17 years in the united nations, I considered my experience as deputy governor of CBN, I considered my experience as as professor of practice in international business and policy, i considered all my global connections which is necessary to restore Nigeria’s standing in the world."
Top Stories

Does Drinking Alcohol Cure Coronavirus - See What WHO Revealed