Shocker! Young Man Caught After Disguising Himself As A Girl To Steal Panties In Ekiti University (Video)


A young man has been caught after he disguised himself as a girl so he can steal panties at Ekiti State University. 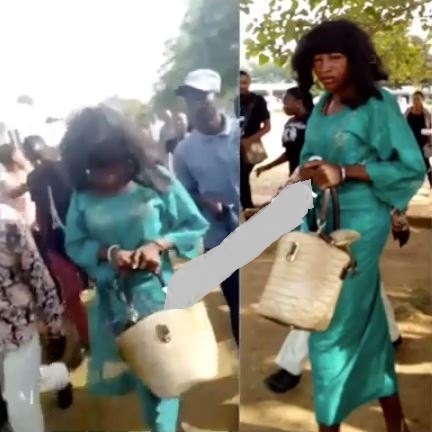 A video has emerged showing the moment a young man was paraded after being caught disguising as a girl.
Local reports show that the incident happened at the Ekiti State University. The young man reportedly went into the school disguised as a girl so that he can steal panties belonging to female students.
However, while at it, he was apprehended and handed over to security officials.
In the video, he is seen being jeered at by students as he was carried away by gun-weilding security men.
Watch the video below: