A former aide of President Buhari who resigned to contest election has been sacked by a court after winning election into the House of Reps. 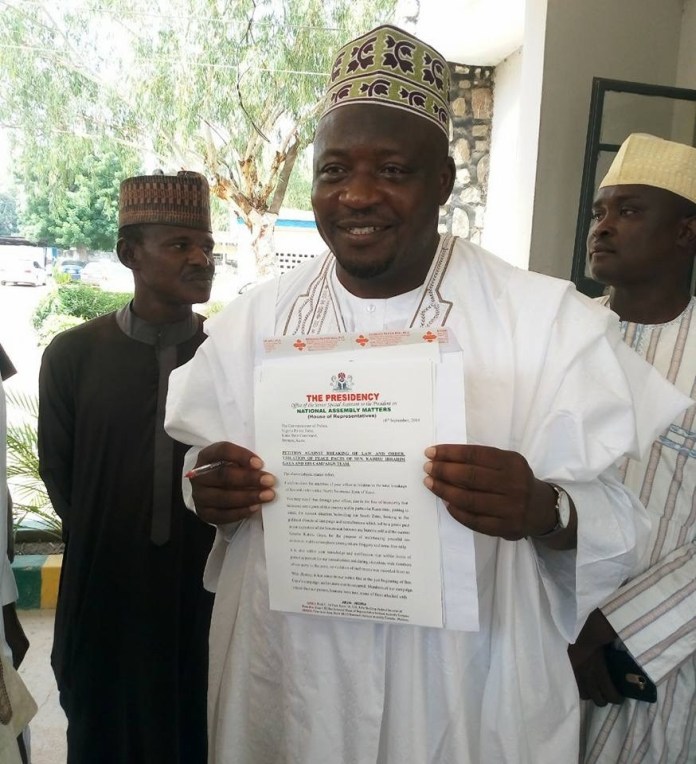 Sulaiman Sumaila
A federal high court sitting in Kano has disqualified Sulaiman Sumaila, a former aide of President Muhammadu Buhari, as the duly elected representative of Sumaila/Takai federal constituency of Kano at the national assembly, TheCable reports.
Sumaila had resigned his appointment as senior special assistant to the president on national assembly (house of reps) to contest the election and he was declared winner.
But at the court on Thursday Lewis Allagoa, the presiding judge, ordered the Independent National Electoral Commission (INEC) to withdraw the certificate of return issued to Sumaila “as he did not participate in the primary election of the party”.
Shamsudeen Dambazau, the plaintiff, had approached the court, praying the nullification of Sumaila as candidate of the  the All Progressives Congress (APC) in the election.
He argued that Sumaila did not participate in the primary election of the ruling party.
He told the court through his counsel, Nuraini Jimoh that Sumaila contested for Kano south senatorial ticket of the APC but  lost.
In his ruling, Allagoa also ordered INEC to recognise Dambazau as the duly elected house of representative member representing for Sumaila/Takai federal constituency.
Muhammad Tofa, Sumaila’s lawyer, refused to comment on the matter when journalists approached him in court.
Top Stories

"They Only Want Selfies With Me"- Teenage Activist, Greta Thunberg Slams World Leaders