Meet The Seven Flying Eagles Midfielders For U20 World Cup


The Flying Eagles of Nigeria are made up of super-talented youngsters who are battle-ready for the U20 World Cup. 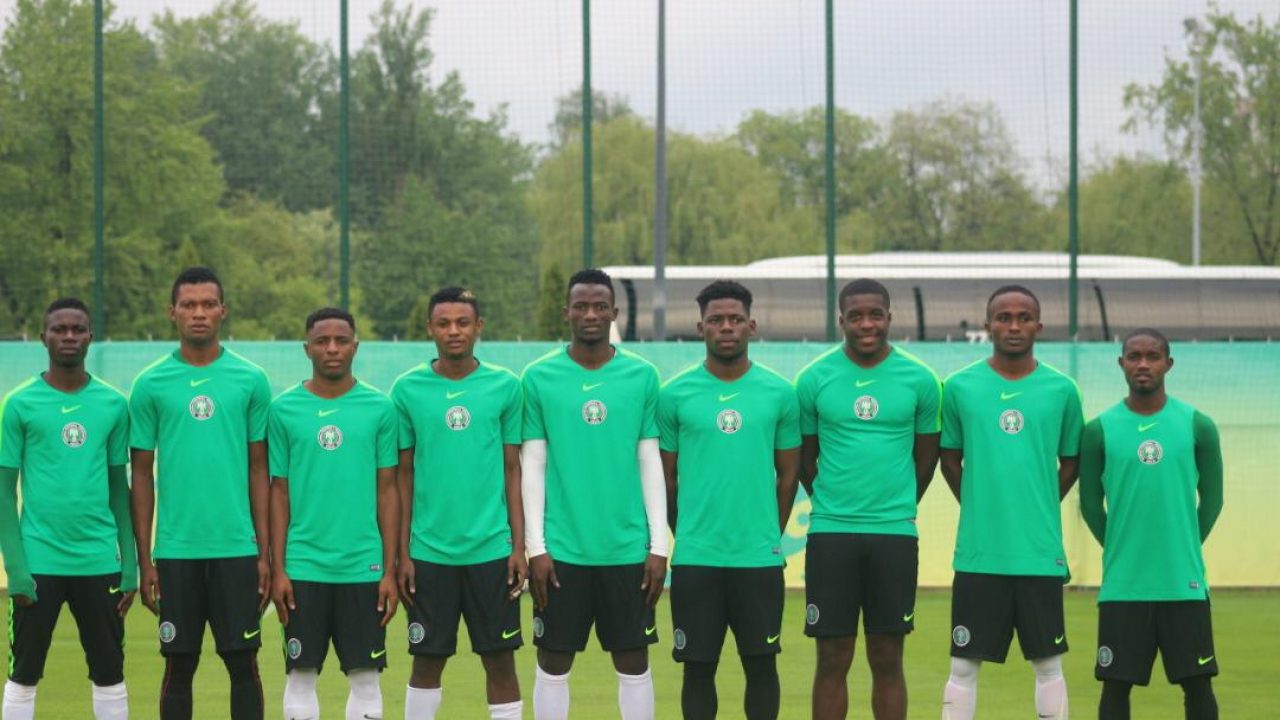 Photo credit: TheCable
The Flying Eagles “engine room” is packed with talented and in-form players who will be a match for most nations at the World Cup.
Despite coming up short at the U20 Afcon Championships in Niger where the team finished fourth, the midfield is regarded as one of the best for the World Cup in Poland.
Who are Nigeria’s seven midfielders at the World Cup?
NNAMDI OFOBORH (AFC BOURNEMOUTH, ENGLAND)
Ofoborh scored a goal in Flying Eagles 3-1 win against German third division side, VfR Aalen, in a friendly.
He is designated to play all over the pitch. He will play as a roaming number ten in Poland. He could make an impact going forward and that will be key if Nigeria is to make it out of the group stages.
Strength – On his day he is a good passer of the ball.
Weakness – In Poland, his stamina may let him down.
COLLINS SOR (OASIS FC)
Collin Sor will be crucial in allowing the full-backs to overlap at every opportunity.
A tough tackler, Sor on his day is one of the best young midfielders in the world and will be needed to stop Qatar in the opening game later on Friday.
Strength – Tackling.
Weakness – Sometimes those tackles can go over the top.
KINGSLEY MICHAEL (AC PERUGIA, ITALY)
Kingsley Michael is one of the best young players in Italy, combining great dribbling skills with an expert eye for a pass, and a lethal finish in the box.
He could prove to be an excellent inclusion in the team if he finds his groove.
Coach Aigbogun clearly has faith that the Perugia man can have an impact in Poland.
Strength – Link up play around the box
Weakness – He tends to showboat too much.
ELETU PETER (PRINCE KAZEEM FC)
Eletu Peter is heading to the World Cup, after beating off Oladoye Adewale for a spot on the plane.
Peter is the perfect midfielder for a nation like Nigeria, as he is agile and fast.
He will have to settle for a bit part role, but the future is definitely bright for the midfielder.
Strength – Tackling and passing distribution.
Weakness – Can lose concentration at times.
AYOTOMIWA DELE-BASHIRU (MANCHESTER CITY, ENGLAND)
A box to box midfielder, Bashiru likes to make tackles at one end before steaming to the other side of the pitch to try and get into the penalty box.
He would be a good option for the box to box role in Poland.
Strength – Has a lot of energy. Can burst up and down the pitch.
Weakness – Can commit a lot of fouls.
EFFIOM MAXWELL (ENYIMBA FC)
One of Nigeria’s brightest young talents, who will be a key member of Flying Eagles, but may have to settle for a bit part role in Poland.
Effiom Maxwell sits in front of the back four and shows a ferocious desire to win the ball, while he also dictates the play with excellent passing ability.
Strength – Passing.
Weakness – Shooting.
ANIEKEME OKON (AKWA UNITED)
The role of box-to-box midfielder seems set to be given to Aniekeme Okon, with the Akwa United midfielder starting.
Okon is an excellent passer of the ball, and will be a useful link between the defence and the attack, while he is also a brilliant set piece taker.
He needs to add more goals to his role though, as he is likely to get a few chances in and around the box, Nigeria will need him to be more clinical with his finishing.
Strength – Passing and set pieces.
Weakness – Finishing, should score more goals for his role.
***
Source: TheCable
Top Stories