Nigeria's President Muhammadu Buhari has given the nod for the establishment of state police. 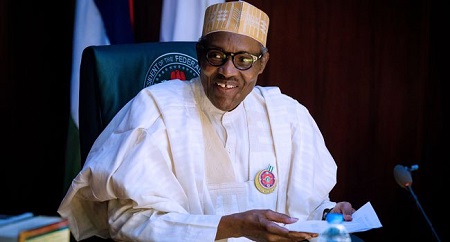 President Buhari
President Muhammadu Buhari has directed the National Human Rights Commission (NHRC) to work out modalities in collaboration with the Inspector General of Police (IGP) and the Solicitor General of the Federation for the establishment of state police, a report by NewTelegraph has revealed.
The decision followed the recommendations of the report of the Presidential Panel on the Special Anti-Robbery Squad (SARS) reforms, headed by the Executive Secretary of the National Human Rights Commission Tony Ojukwu.
Receiving the report yesterday at the presidential villa, Abuja, President Buhari also directed the modalities for the implementation of the recommendations must be completed within the next three months.
The panel in its report presented eight recommendations to the President which include the establishment of State and local government police, strengthening information and communication technology of the force, significant improvement in the funding, kitting and facilities of the Nigeria Police Force, Institutionalizing a Special Investigation Panel to annually hear and determine complaints on alleged human rights violations against operations of the Nigeria Police Force; and Strengthening the Police Rapid Response Complaints Unit of the Nigeria Police and other internal complaints mechanisms of the Force to make them more responsive.
Other recommendations of the panel are the renaming of the Special Anti-Robbery Squad (SARS) to Anti-Robbery Section (ARS) which was its original name and to make the section operate under the intelligence arm of the Police from the divisional, area command, state command, zonal command up to the Force Headquarters level.
President Buhari while receiving the report directed that the Inspector General of Police (IGP) and the Solicitor General of the Federation/Permanent Secretary, Federal Ministry of Justice meet with the NHRC to work out the modalities for the implementation of the Report within three months.
President Buhari approved the dismissal of 37 police officers for human rights abuses as recommended by the presidential panel.
Top Stories