Obasanjo Praises Aisha, Reveals Secret She Can Give To Buhari To Rule Better


Aisha Buhari has been praised by former President Obasanjo for standing up for the poor who have been affected by bad governance. 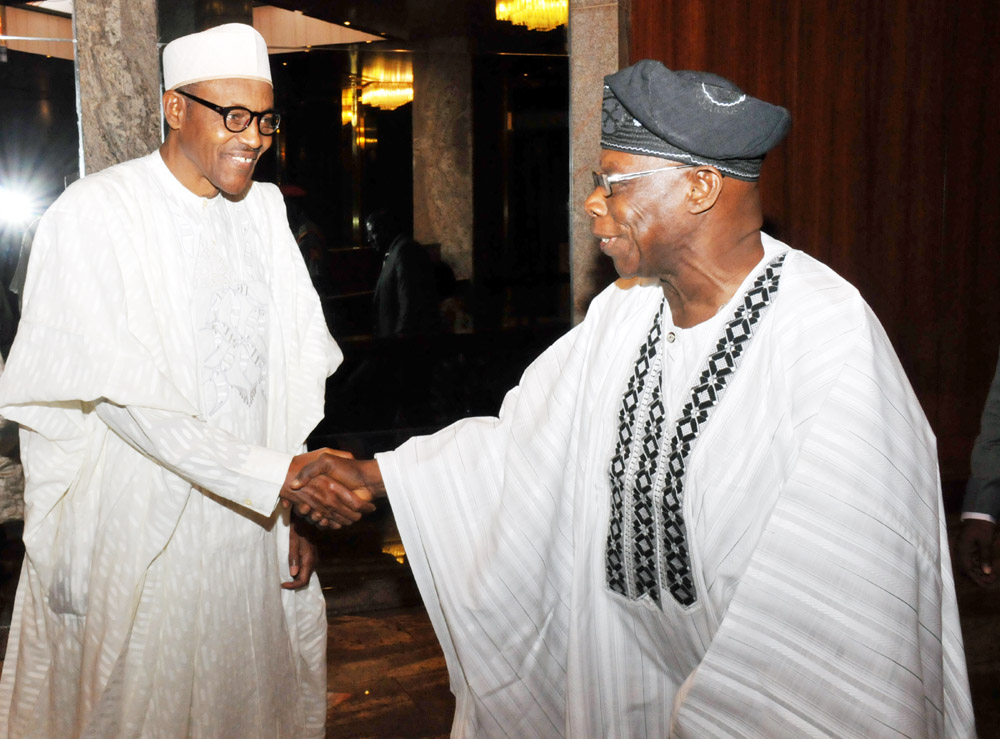 President Buhari and Obasanjo
Former President Olusegun Obasanjo has commended Aisha Buhari for speaking out on Nigeria’s problems, but he said  she needs to do more by engaging in pillow talk with her husband.
According to Obasanjo, Aisha should engage President Buhari in ‘pillow talk’, so that he could effectively address Nigeria’s problems.
Obasanjo, an unrelenting critic of the Buhari administration spoke in Abeokuta on Monday when he met a delegation of Penpushing Media, who visited him  at his Penthouse in the Ogun State Capital.
“It is nice that the President’s wife is talking, I think she did well, and maybe she should also have a pillow talk with the President. I believe every Nigerian family, individual, group is entitled to legitimate livelihood. It is the responsibility of all to make sure we have a dignified life. That should be our aim collectively,” Obasanjo reportedly said.
Aisha has in recent weeks been critical of some of the programmes of the Buhari administration. Twice, she attacked the Social Intervention Programme, which she claimed had not reached the poor women of Adamawa and Katsina.
However, the SIP minders had educated her about the reach of the programme and the beneficiaries in the states she mentioned.
Penpushing further reported that Obasanjo, canvassed for more advocacy and sensitization to get the desired change in the country, adding that the media also has to play crucial role in the mission to turn the country around for better.
The former President emphasised that advocacy would raise awareness, “and we have to put all things on the table to address these problems. Mind you, we have to be sincere and genuine with ourselves’.
The Chairman Editorial Board of Penpushing Media, Mrs Olufunke Fadugba  said the visit was to intimate the former President with the program of events for the 3rd anniversary lecture of the organization scheduled to hold July 19.
Top Stories