Sudan has been suspended by the African Union over the killing of protesters by security operatives. 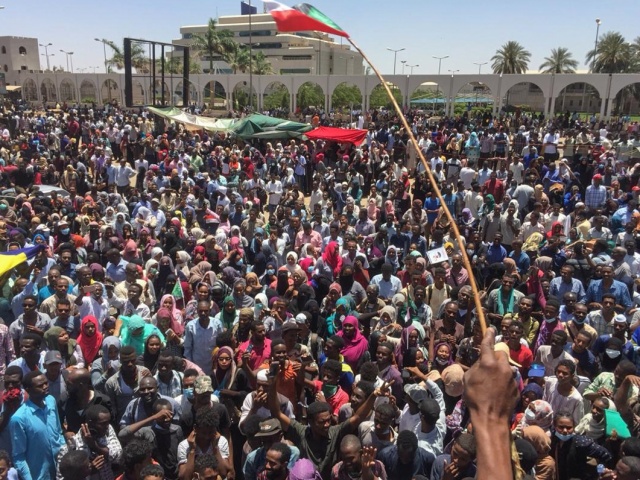 Sudanese protesters
The African Union on Thursday suspended Sudan, demanding a civilian-led transition authority to resolve the crisis which has claimed over 100 lives.
“The AU Peace and Security Council has with immediate effect suspended the participation of the Republic of Sudan in all AU activities until the effective establishment of a Civilian-led Transitional Authority, as the only way to allow the Sudan to exit from the current crisis,” the AU posted on Twitter.
Top Stories