Some robbers have shocked people after digging a tunnel into a bank to steal millions of naira. 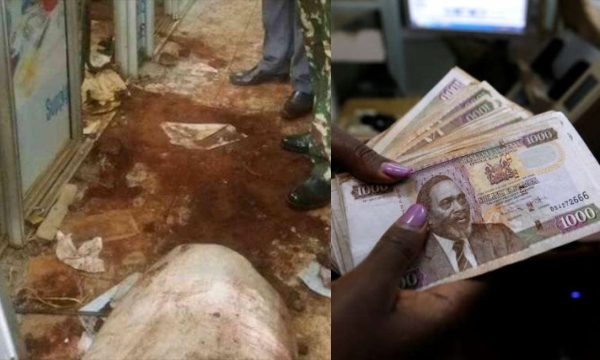 The robbers dug a tunnel into the bank
A gang of robbers dug a tunnel into Itoleka Financial Services Association (FSA) Bank in Kitui, struck in Kenya where they stole KSh 1.5 million (N5.1m).
The robbers who dug a tunnel into the bank in Kenya and stole KSh 1.5 million, pulled off a Hollywood heist as it was only discovered on the morning of Sunday, June 16.
According to authorities, it may have taken the gang about two days to create the tunnel. Confirming the incident, Kitui East Deputy OCPD Edward Legei said the facility’s night guard discovered the hole and then informed the police. It was further learnt that the guard was taken in for interrogation.
“He told our officers that as he was patrolling the bank, he saw a tunnel and suspected something could me a miss and reported to us. Money safe and lockers were broken. We recovered equipment used to dig the tunnel,” said Ligei.
A similar incident occurred in 2017, when robbers dug tunnel to a KCB Bank in Thika where they stole at least KSh 50 million. The Kitui incident comes hardly two months after the Barclays Bank heist where a well coordinated gang made away with over KSh 11 million from four ATMs. The police however said they are working tirelessly to arrest the suspects.
Top Stories