Kalu collapsed in training last Friday and was rushed to the hospital immediately on the eve of Nigeria's 1-0 win over Burundi. 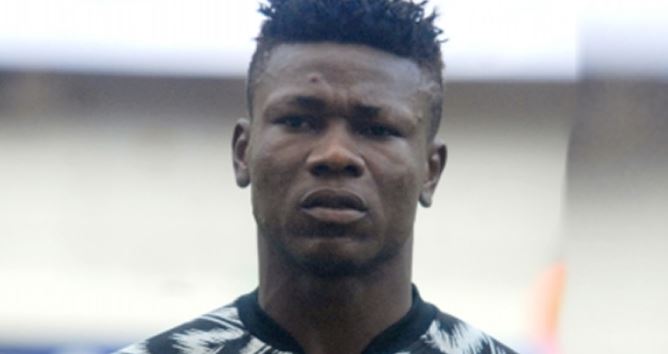 Samuel Kalu
Samuel Kalu had been cleared to feature for the Super Eagles at the ongoing Africa Cup of Nations after successfully undergoing a second opinion test with the Confederation of African Football health specialist in Cairo on Monday Sports Extra can reports.
Kalu collapsed in training last Friday and was rushed to the hospital immediately on the eve of Nigeria’s 1-0 win over Burundi.
There were fears that the Bordeaux winger might have some heart condition, but that was dispelled after checks in an Alexandria hospital showed he was dehydrated.
The Bordeaux winger on Monday travelled along with the Eagles’ team doctor Ibrahim Gyaran and a CAF medical officer to Cairo to conduct the test, which cleared him to play at the tournament.
A camp source confirmed to Sports Extra that Kalu is expected to resume training on Tuesday (today).
“We are still going strong in camp,” the camp source revealed to Sports Extra. Samuel Kalu, Jamilu Collins and ShehuAbdullahi did not train today (Monday).
“Kalu went for a second opinion test today (Monday) that was why he missed training and he has been cleared by CAF health specialist to resume training on Tuesday (today).
“The coach will decide on when to play him.”
Meanwhile, the former Gent star also declared himself fit ahead of Wednesday’s Group B game against Guinea.
Kalu, who missed Nigeria’s opening game against Burundi on Saturday, but was at the stadium in support of the team, said he had no problem returning to action.
“I am okay now. I have no problem,” Kalu told CafOnline.com.
Nigeria coach Gernot Rohr also corroborated Kalu’s stance, saying the winger is back and will wait on the team’s medical crew before he hands him his debut at the tournament.
“Kalu had a problem on Friday when he fell as we were doing some drills on corner kicks. He was rushed to the hospital and fortunately, the doctors said it was a problem of dehydration, not a heart problem. He didn’t drink enough,” Rohr told CafOnline.com.
“But he is okay now, he is in high spirits. We will wait for more green-light from the medical team before we can decide whether he can play. He is okay. The rest is up to the medics,” further stated the German coach.
Nigeria play their next game against Guinea on Wednesday in what is expected to be a tough duel.
Top Stories