The body of a father and her 23-month-old daughter lying face down in shallow water after drowning while trying to enter the US has shocked many people. 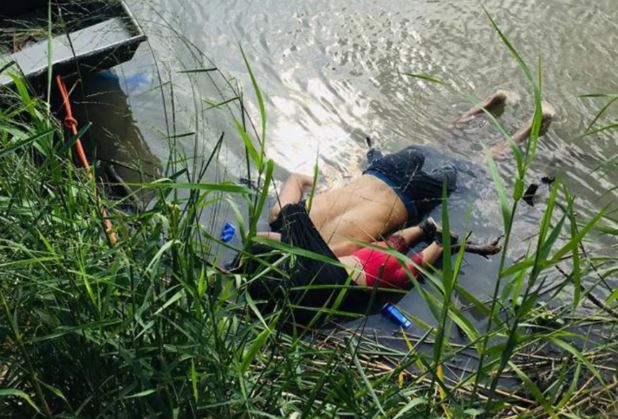 The father and daughter drowned while trying to cross to US
A devastating photo shows the body of a father and his 23-month-old daughter lying face down in shallow water after they drowned whle trying to get into the US.
The bodies of Oscar Alberto Martinez Ramirez and his 23-month-old daughter Valeria were discovered on Monday on the bank of the Rio Grande. His daughter was tucked inside his black t-shirt with her arm arond his neck, showing that she clung to him in her final moments.
The image was captured by journalist Julia Le Duc and published by Mexican newspaper La Jornada. It highlights the perils faced by mostly Central American migrants fleeing violence and poverty and hoping for asylum in the United States.
Ramirez, from El Salvador, was frustrated because the family was unable to present themselves to U.S. authorities and request asylum. So he swam across the river on Sunday with his daughter, Valeria. He set her on the U.S. bank of the river and started back for his wife, Tania Vanessa Avalos, but seeing him move away the girl threw herself into the waters. Martinez returned and was able to grab Valeria, but the current swept them both away. The account was based on remarks by a tearful Avalos to police at the scene.
Details of the incident were confirmed by Martinez’s mother back in El Salvador, Rosa Ramirez, who spoke with her daughter-in-law by phone afterwards.
Ramirez said: "When the girl jumped in is when he tried to reach her, but when he tried to grab the girl, he went in further … and he couldn’t get out. He put her in his shirt, and I imagine he told himself, 'I’ve come this far' and decided to go with her."
The search for Martinez and his daughter was suspended Sunday due to darkness, and their bodies were discovered the next morning near Matamoros, Mexico, across from Brownsville, Texas, several hundred yards from where they had tried to cross and just half a mile from an international bridge. 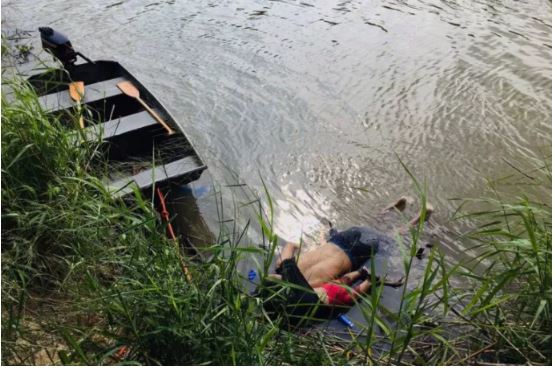 Ramirez said her son and his family left El Salvador on April 3 and spent about two months at a shelter in Tapachula, near Mexico’s border with Guatemala.
Ramire added: "I begged them not to go, but he wanted to scrape together money to build a home. They hoped to be there a few years and save up for the house."
El Salvador’s foreign ministry said it was working to assist the family including Avalos, who was at a border migrant shelter following the drownings.
The bodies were expected to be flown to El Salvador on Thursday.
Top Stories