A young man pictured in the middle took an innocent picture and shared on social media but something else stole his shine. 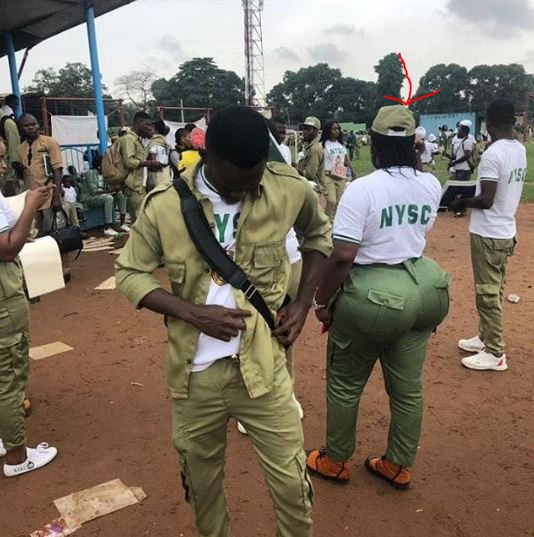 The lady's asset on fleek
Some social media investigators are searching for the lady whose bum as pictured on the picture above has caused a stir.
Her huge behind which has been likened to a mini truck appears to have jinxed social media users.
It should be noted that several ladies have been going under the knife to inflate the size of their behind to look more appealing to men and this costs so much money.
The picture has garnered thousands of likes within a short period of time.
Top Stories