An Osun-based Islamic cleric, Habeebulah Abdulrahman, who raped a 16-year-old girl, has been arrested. 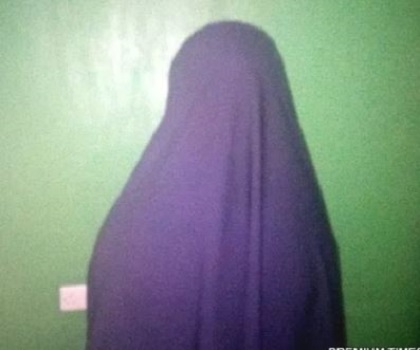 The Osun State Police Command, on Tuesday, said it had arrested one Habeebulah Abdurrahman, an Islamic cleric in Ede, for allegedly defiling a 16-year-old girl learning Arabic in his school.

Abdurrahman’s arrest followed a petition by the Crescent Chamber, Ibadan, dated June 13, 2019, addressed to the Commissioner of Police, which detailed how the cleric allegedly molested the victim.

Sources claimed that the cleric was being detained at the State Criminal Investigation Department, Osogbo.

Confirming the arrest to PUNCH Metro, the Police Public Relations Officer in the state, Folasade Odoro, said the Commissioner of Police, Abiodun Ige, had directed full investigation into the matter.

“The suspect was arrested in connection with the allegations contained in the petition and is already in our custody,” Odoro stated.

According to the petition written on behalf of the victim’s family, a copy of which was obtained by our correspondent, the victim is a Junior Secondary School 3 pupil of a private school in Ede and has been living with her mother since the demise of her father nine years ago.

The cleric was said to have told the victim’s mother to withdraw her from the Arabic school she was attending and enrol her in his own, with an assurance that he would personally train her.

Not long after the victim joined the cleric’s school, it was alleged that Abdurrahman would delay her at the end of the lesson without any justification.

The cleric allegedly bought a mobile telephone for the victim and gave her money in a bid to entice her.

Giving further insights into the matter, the victim’s uncle, Muhydeen Oloyede, stated, “On April 18, 2019, the cleric took the victim and some of his pupils on a journey to Ilaro, Ogun State. He lodged the other pupils in one room and asked the victim to stay in his own room. That night, he molested her.

“The following morning, the cleric took her to his sister’s house in Abeokuta and also had intercourse with her there. He gave her N50,000 to appease her when they returned from the trip. He is claiming that he had married the girl, but that claim is not true.”
Top Stories