It was reported that Governor Ihedioha and Okorocha have been at loggerheads over the finances of Imo State. 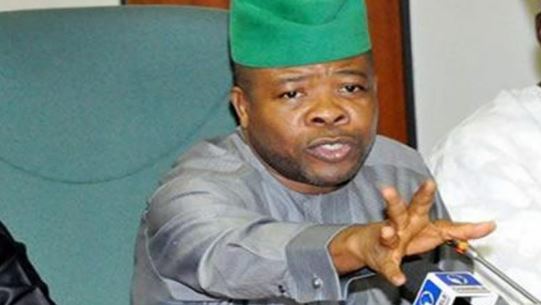 Governor of Imo State, Emeka Ihedioha
Governor of Imo State, Emeka Ihedioha, has said the Internally Generated Revenue of the state under the immediate past administration of Senator Rochas Okorocha was covered in scam.
It was reported that Governor Ihedioha and Okorocha have been at loggerheads over the finances of Imo State.
In a statement by Chibuike Onyeukwu, the governor’s Chief Press Secretary, Ihedioha was quoted as saying he was also working to unravel the circumstances surrounding the concession of government establishments.
Ihedioda said, “Imo IGR is shrouded in scam. There are myriads of concessions we have been trying to find out whether those concessions were made in public interest and if they are of any economic benefits to the state.
“We decided to undertake this visit to have first-hand appraisal of the state of the facilities in this complex.
“As civil servants, you need to be paid. I am of the belief that a worker deserves his wages but the money has to be generated. There is a need for justification for the money we pay you.”
Top Stories