Unidentified gunmen have killed two soldiers and abducted an expatriate at the road construction site in Ukanafun council area of Akwa Ibom. 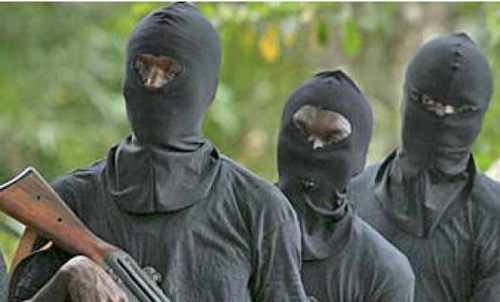 The expatriate engineer working with Al Madal construction company was inspecting the construction of Ikot Ibritam, Inen Ekeffe and Odoro Ikot to Ukanafun road when the incident occurred on Wednesday afternoon.

Friday Idiok, a witness, told reporters that the soldiers were killed along Idim Okpok mini bridge in Inen Ekeffe the boundary village between Oruk Anam and Ukanafun.

Idiok said after killing the soldiers, the gunmen whisked the engineer away immediately.

“There was sporadic shootings here and before you knew what was happening, two soldiers were dead,” he said.

“The gunmen also escaped with the soldiers’ guns and took the expatriate to their hideout. Everybody here is in panic, we do not know what the government will do in this matter.”

Johnson Obosi, clan head of Inen, said the community was organising the burial of one of its sons when gunshots boomed, sparking tension.

“The next report was that two soldiers attached to an expatriate working on the road construction project that links my community with Ukanafun have been killed and the expatriate abducted,” he said.

Obosi, who could not establish the nationality of the kidnapped expatriate, said soldiers from Ibagwa barracks brought an ambulance which they used in carrying the corpse of their colleagues to the morgue.

Confirming the incident on Thursday, Odiko Macdon, police public relations officer in Akwa Ibom, said the command was aware of the incident and was working with the sister security agencies in the state to arrest those involved in the dastardly act.

“We have received information about the unfortunate dastardly incident at the road project in Ikot Ibritam, Inen Ekeffe leading to Ukanafun. We are working with our sister agencies to identity, arrest and prosecute those involved,” he said.

Macdon appealed to residents of the community to remain calm and go about their normal duties.
Top Stories