Nsirim-Poweigha lamented poor communication system among security agencies in Bayelsa with their colleagues in other parts of the country. 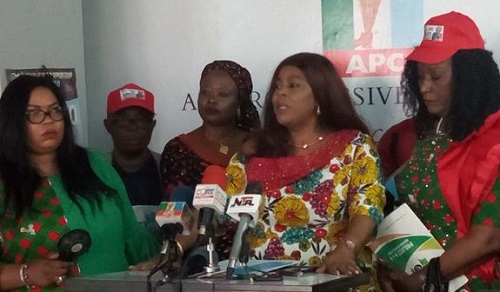 A retired Commissioner of Police, Diseye Nsirim-Poweigha, on Friday, obtained the Expression of Interest and Nomination forms of the All Progressives Congress for the August 29 Bayelsa primary.

Nsirim-Poweigha who served as Commissioner of Police in Niger State advocated adequate funding of the nation’s security.

“Government need to put more money into the security apparatus of the state. Security is not only government business, but it is also everyone’s business. Whether state or federal police, what is needed is adequate funding,” she said.

Nsirim-Poweigha lamented poor communication system among security agencies in Bayelsa with their colleagues in other parts of the country.

She also lamented that the entire Bayelsa State had only two major roads, adding that available natural resources in the state had been left untapped.

She said, “Our youths have now become kidnappers because they don’t have work to do since the government in place has not provided any for them. Bayelsa has a lot of mineral resources which has been left untapped. it does not have a good housing system. Everybody is struggling to get houses for themselves.