He said the North alone dominating the rest of the nation forever in terms of leadership of the country. 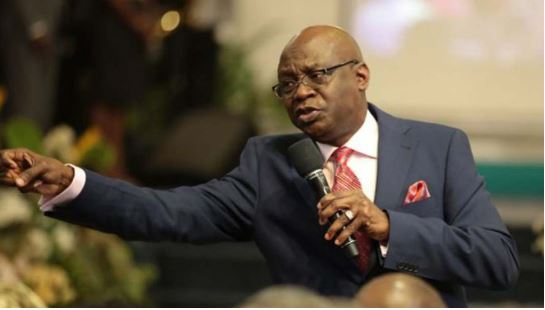 Pastor Tunde Bakare
The Senior Pastor of the Latter Rain Assembly and televangelist, Tunde Bakare, has said that Nigerians should only hope for a pan-Nigerian to takeover from President Muhammadu Buhari in 2023.
He suggested that it should be the turn of the South by 2023, adding that it cannot be North alone dominating the rest of the nation forever in terms of leadership of the country. He said this will not augur well for the nation.
“A Nigerian president is possible. It can be from the South, it can be from the North,” he told Sun.
“For peaceful arrangement and for the stability of our country, even those in the North had conceded in times past when it was the southerners’ turn.
“When Obasanjo came and Yar’Adua died, a southerner still took over. A Northerner is there now. It cannot be one part of the country dominating the rest of the nation forever.
“It will not augur well for the nation. Whoever that person is, I pray he will be a pan- Nigerian to plan progress and who will think about how to move our nation forward.
“It is no brainer that someone from the North had eight years of uninterrupted tenure. Then, someone from the South should also do it.
“Fair is fair. But again, it depends on the party that will produce the president. We seem to have two major parties and that was because of the merger that took place in 2012 that produced Buhari’s presidency in 2015.
“In 2023, depending on the party that is producing who because if your party is not strong like those small parties there is no headway.
“They are just wasting time. If we are going to have two strong parties, usually you cannot determine forehand which party will win.”
Top Stories