How Aregbesola Once Gave Me His Salary - Senator Abbo Reveals (Video)


Abbo revealed that when he contested the LG chairmanship election in Adamawa State in 2012, the former governor gave him his whole month salary. 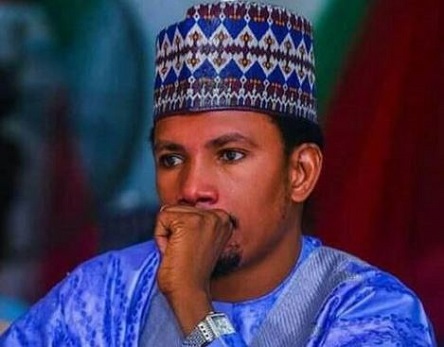 Abbo, who allegedly beat up a woman in a sex toy shop in Abuja recently, was speaking on the floor of the Senate when Aregbesola was being screened for a ministerial appointment.

According to Abbo, when he contested the Local Government chairmanship election in Adamawa State in 2012, he visited the Government House in Osogbo and that the former governor gave him his whole month salary.

“In 2012, when I contested for LG chairman in Adamawa, I visited you in Government House, Osogbo and you gave me your whole salary for that month. I confirm your nomination,” he told the Senate.

Also, Senator Surajudeen Bashiru also said he earned N184,000 as commissioner in Aregbesola’s second term, saying that no commissioner got an official car.

“As a commissioner in (Aregebsola’s) second term, my take-home pay in total was N184,000. None of his commissioners got an official car and I did not get official accommodation,” he said.
Watch the video below:

Senator Abbo confess that @raufaregbesola is one of his life saver when he needed help most. pic.twitter.com/flWiNtKLCd