This unnamed young man has recounted how he came across two dangerous reptiles on his way to work. 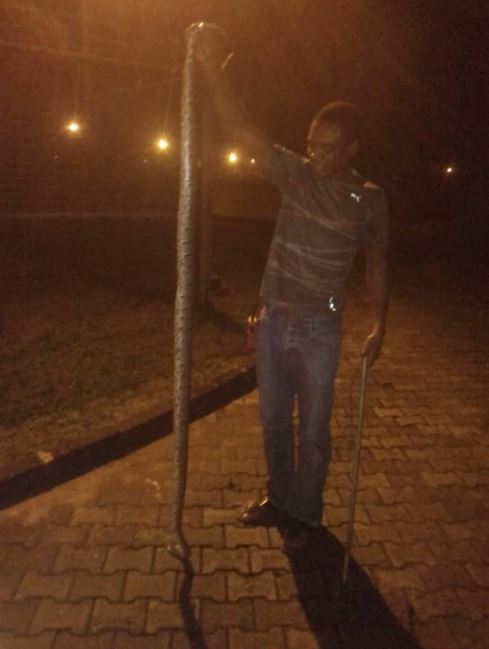 The man and the python
According to the man's account, one of the pythons was lucky to escape after sighting him but he was able to pounce on one and killed it.
He proudly posed with his kill and uploaded the picture on social media feeling like a hero.
"The first python escaped, but this 7ft python I made sure I destroyed its skull and cut off the head. I hope to execute a 20 ft python soon" he said.
It appears that reptile ended up in his cooking pot after being killed. Snake meat is becoming a popular stable in Nigeria. 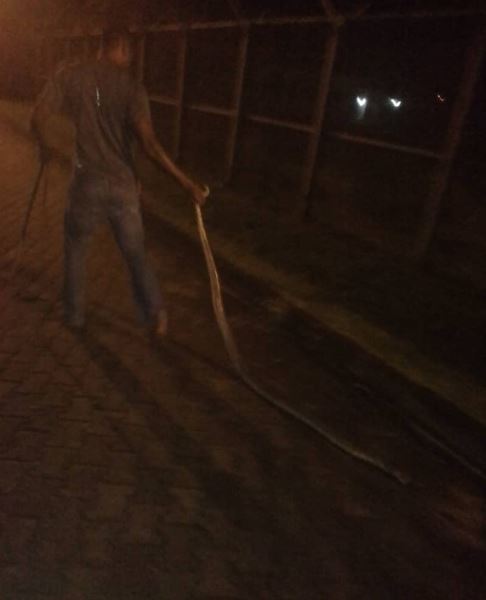