The Nigerian Police have arraigned as many as six persons over the #RevolutionNow protests in Lagos. 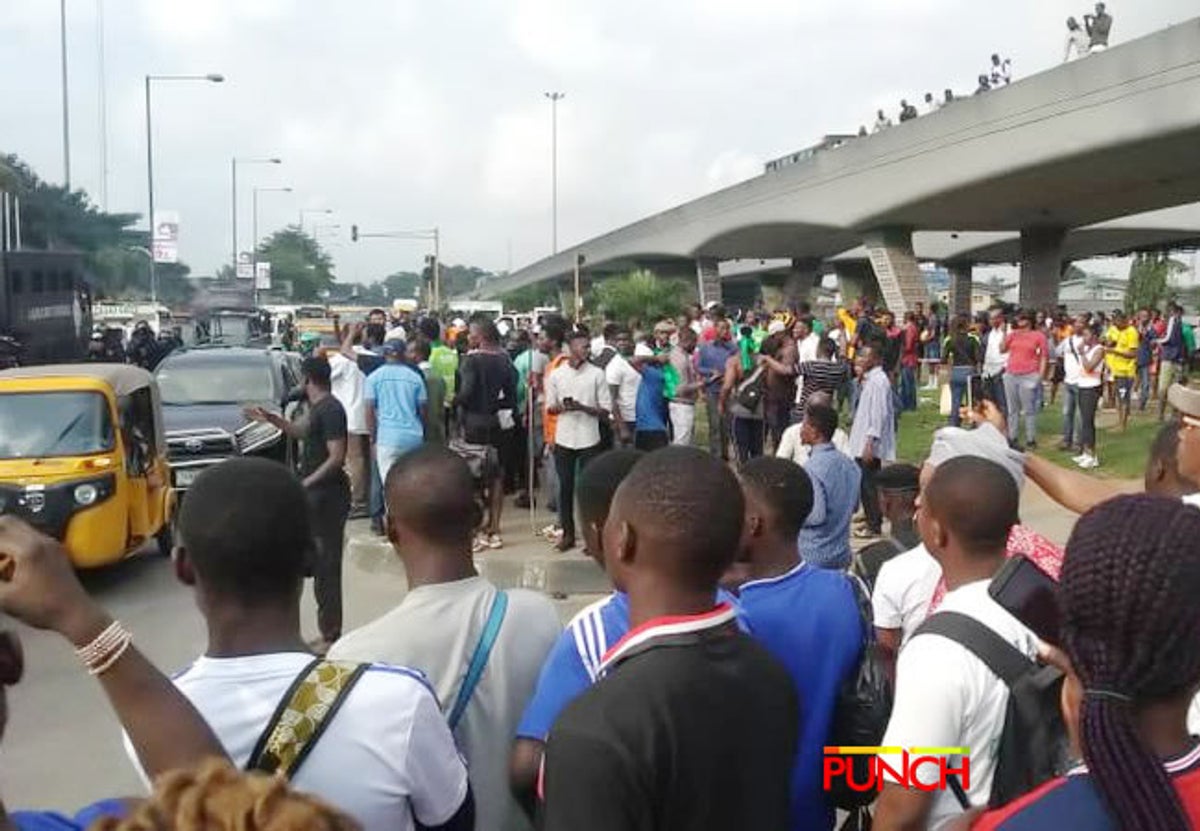 File photo: Protesters
The police on Tuesday arraigned five people and a lawyer over the #RevolutionNow protests, in an Ebute Meta Chief Magistrates’ Court in Lagos, Punch Metro reports.

They, however, pleaded not guilty to the charges preferred against them.

Mr Ibijoke Akinpelu, counsel from the State Criminal Intelligence and Information Department Panti, and the resident prosecutor, Insp. Kehinde Omisakin said that the defendants committed the offence on August 5, at 10 a.m., at National Stadium, Surulere.
Akinpelu alleged that the six defendants assembled at the National Stadium, Surulere to protest, adding that the gathering was unlawful and caused fear

The offence, he said, contravened the provisions of Sections 44 and 168(d) of the Criminal Law of Lagos State, 2015.

Chief Magistrate  A.O. Komolafe admitted Ojumah, a lawyer, to bail based on self- recognition and the other five defendants N100, 000 each with two sureties each in like sum.

Komolafe adjourned the case until September 26 for mention.

News Agency of Nigeria reports that Mr Omoyele Sowore, publisher of the online medium, Sahara Reporters, who was also the presidential candidate of the African Action Congress in the February 2019 General Election, had called the #RevolutionNow protest, in what he described as a protest against bad governance in the country.
Top Stories