BBNaija: What Omashola Told Biggie About His Biggest Problem


Omashola also stated that fellow housemates misunderstands him a lot due to his bad habit. 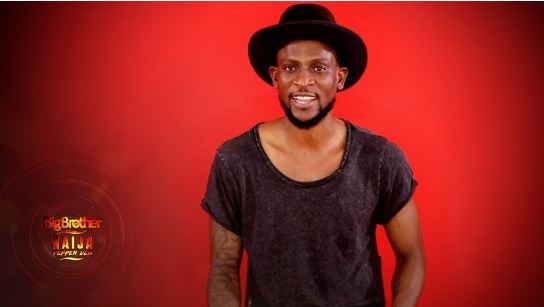 Omashola
Big Brother Naija housemate, Omashola has revealed his biggest problem on the reality television show tagged “Pepper dem”.
The BBNaija housemate disclosed that his problem in the house is that he talks too much.
He stated this during a diary session with Biggie, yesterday.
The Delta State-born model and entrepreneur, who tagged his experience in the house as “Puff Puff Puff” stated that his mother used to complain about his bad habit of always talking too much but he did not listen.
Omashola also stated that fellow housemates misunderstand him a lot due to his bad habit.
He, however, expressed regret that he talks too much.
“Nobody intimidates me, I think everybody get their characteristics but dem no reach!… My problem is I talk too much even my mom warned me to watch my mouth,” he said.
The BBNaija housemate also revealed he was happy about the “OPPO” task because it is channelling his modelling abilities and it will help his career after the reality show.
In view of his excessive talking, Omashola had few days ago opened up to fellow housemate, Frodd, on how he lost his ex-girlfriend due to his bad behaviour.
Omashola during a conversation with Frodd, broke down into tears while narrating his story.
Top Stories