Initially, the account appeared to have been completely deleted but further checks showed that the account exists. 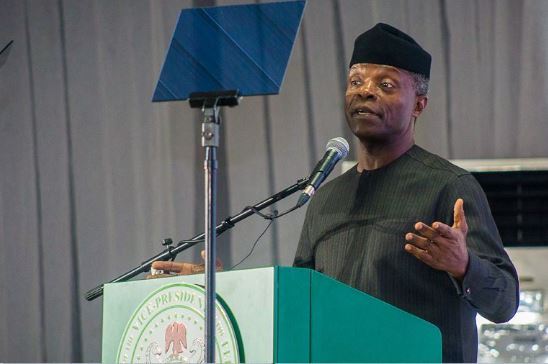 VP Yemi Osinbajo
Unknown cyber criminals hacked the Twitter account of Vice President Yemi Osinbajo on Friday erasing all his tweets and media files.
Checks by Chronicle NG showed that although the Twitter account still exists, it does not pop up when you want to mention or tag @ProfOsinbajo.
Initially, the account appeared to have been completely deleted but further checks showed that the account exists with no history of his content.
All the multimedia, tweets and other content on the account have been erased.
An email to Twitter to confirm the status of the account is yet to be answered but a source close to the Presidency told Chronicle NG that the matter has been reported to Twitter.
“An attempt was made to hack the account of the Vice President, so Twitter locked  it. We are recovering it,” the source added.
Top Stories