They were received by medical doctors and wheeled into Medanta Hospital, New Delhi, upon arrival yesterday morning. 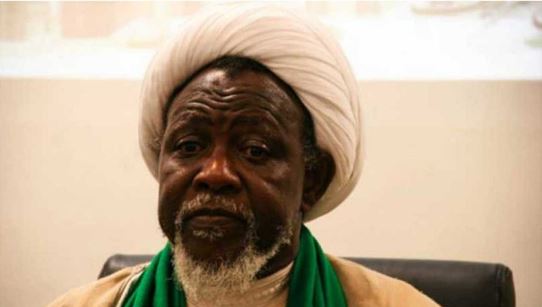 Sheikh Ibraheem El-Zakzaky
An Indian-based Muslim group, Anjuman e-Haideri, has offered to bear the full medical cost of treating the leader of the proscribed Islamic Movement in Nigeria, IMN, Sheikh Ibraheem El-Zakzaky and his wife, Zeenat.
El-Zakzaky and his wife were, on Monday, flown out to India where they are expected to undergo treatment for multiple health conditions.
They were received by medical doctors and wheeled into Medanta Hospital, New Delhi, upon arrival yesterday morning.
However, Anjuman e-Haideri Islamic group, in a letter signed by the General Secretary, Mr. Bahadur Naqvi, and addressed to the Managing Director and Chief Surgeon of Medanta Hospital, Dr. Naresh Trehan, offered to foot all the medical costs incurred by El-Zakzakys in India.
A copy of the letter, dated August 12, 2019, which was sighted by DAILY POST read: “Maulana Ibrahim Al-Zakzaky, who is a prominent Shi’a Muslim leader having a large following worldwide, will be treated in your hospital.
“The Executive Committee of Anjuman e-Haideri, Jor Bagh, New Delhi, by the direction of our Chief Patron, Maulana Kalbe Jawad Naqvi, has decided unanimously to bear all the medical costs incurred in India for his treatment. Kindly consider our request, do the needful and oblige.”
66 years old El-Zakzaky suffers from Ischaemic heart disease, chronic hypertension, right eye severe visual impairment with progressive open glaucoma, mental toxicity, lead poisoning, among other illnesses.
Top Stories