Toyin Abraham Is Not Married Yet, Read The New Development


The manager of Toyin Abraham has revealed that she is only engaged to Kolawole and not married to him. 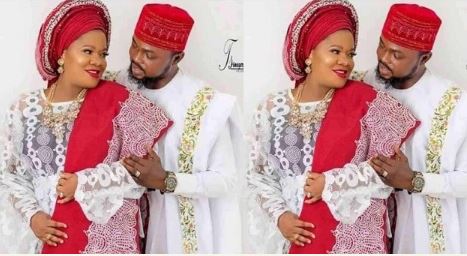 Toyin Abraham and her lover
Toyin Abraham's manager, Samuel Olatunji has made a clarification on the marital status of the actress he manages.
According to Samuel, the viral photos on social media were taken during traditional introduction and engagement ceremony of Toyin Abraham and Kolawole Ajeyemi which was held on July 14. He further revealed that she is only engaged to Kolawole and not married to him.
“I don’t know where the information in those reports came from, but Toyin and Kolawole only just got engaged the traditional way. This is not the same thing as being officially married,” he told Punch.
The actress whose 2013 marriage to Nollywood actor, Adeniyi Johnson crashed in 2015, gave her fans a hint about a new chapter in her life by deleting photos on her Instagram page apart from one.
Top Stories