A Nigerian soldier has been dismissed and arraigned for killing a motorcyclist in Abia state. 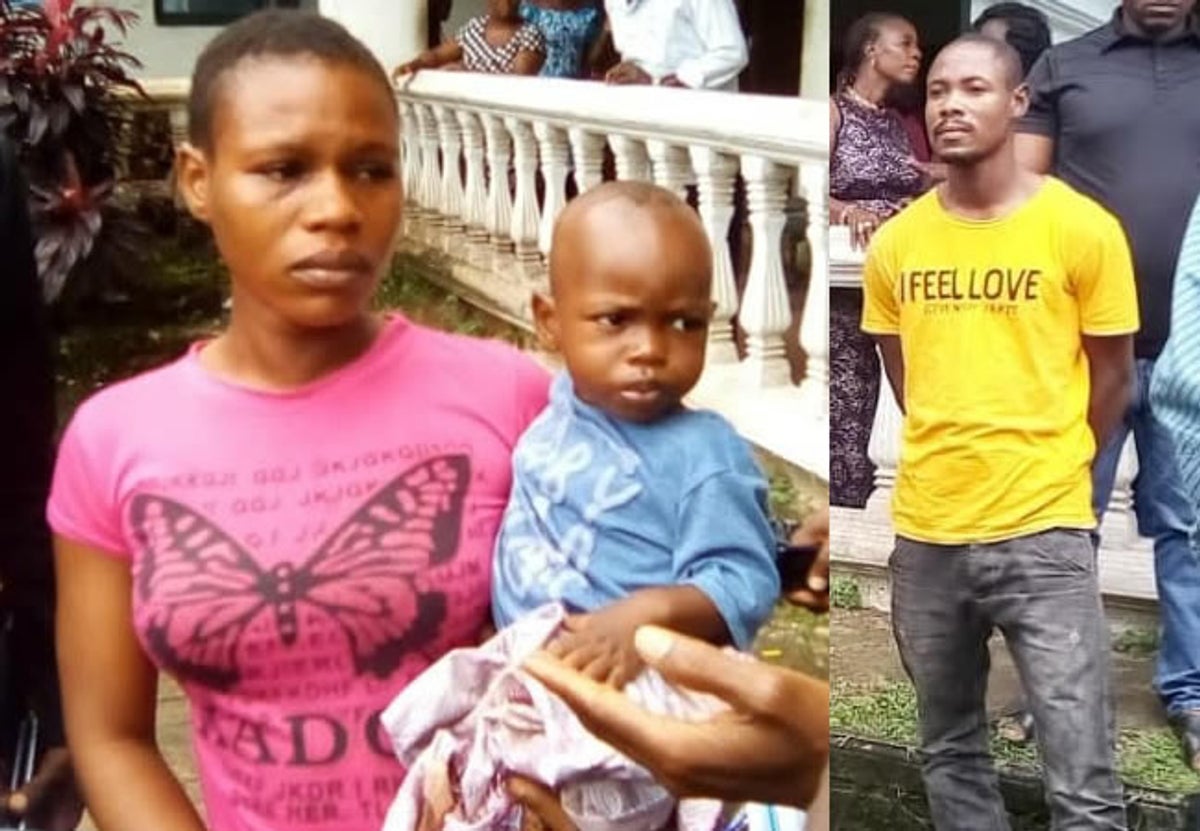 The widow meets her husband's killer
The Nigeria Police Force on Wednesday arraigned in court a former Army officer that reportedly killed a motorcyclist in Obingwa, Abia State, a report by Punch has revealed.
The now dismissed former Corporal Johnson Ajayi is being arraigned for murder
Ajayi had, on August 7, shot and killed one Chimaobi Nwaorgu, an Okada rider in Umuokereke Ngwa in Obingwa local government area over N100 bribe.
He was later dismissed by the Army after an orderly room trial and was subsequently handed over to the Police in Abia for prosecution.
During the arraignment, the Police prosecutor, Adeyemi Olukoya, said the soldier was charged for a sole offence of murder.
The Charge Sheet Number U/587c, Commissioner of Police Vs Ajayi Johnson (29 years) reads: “That you, Johnson Ajayi, ‘M’ on the 7th day of August, 2019 at Umuokereke Ngwa village Obingwa in the Obingwa Magisterial District, unlawfully killed one Chimaobi Jeremiah Nwaorgu ‘m’ by shooting him with AK47 Rifle/Firearm and thereby committed an offence punishable under section 319(1) of the Criminal Code, Cap 80, Vol. 3, Laws of Abia State of Nigeria 2005.
Asked for his defence counsel, the suspect, who is from Kogi State, said he was not allowed access to a defence counsel.
In his ruling, the Presiding Magistrate, Linda Ugboaja, refereed the case to the office of the state Director of Public Prosecution for onward transmission to the High Court and remanded the accused in the state prison, while adjourning the matter to the 16th of September, 2019.
Addressing the Press after the adjournment, wife of the victim, Chiamaka Chimaobi, cried out that that since then, life has not been easy for her and her two children.
Chiamaka, who is unemployed, pleaded with government at all levels to come to her assistance by giving her a job.
She also appealed to the government to ensure that she gets justice in the case.
Chiamaka’s Counsel, Adiele Chibuzor, leading Bar. Ugo Amaraizu, said the adjournment was to enable the Ministry of Justice do the necessary things.
Also speaking, the state Police Public Relations Officer, Geoffrey Ogbonna, noted that the adjournment was necessary to enable the transfer of the case to the high court.
Top Stories