Bobrisky has been embarrassed yet again after a car dealer took his car away over unpaid balance. 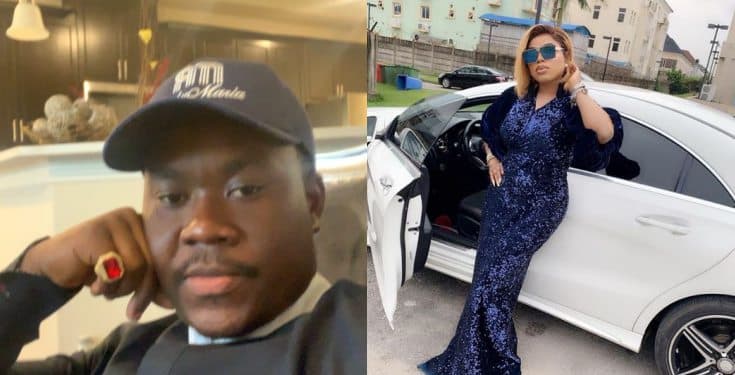 Bobrisky's car taken away from him
Nigerian male barbie, Bobrisky has been left in a state of hysteria after his car was taken away from him.
Recall that the police had on Saturday sent him packing as the venue of his birthday bash was invaded by police officers.
As if that was not enough, an unfortunate event followed the disruption of his party when the automobile dealer that sold Bobrisky’s new car to him seized the car over unpaid balances.
The car dealer in his post on social media claimed Bobrisky bought the car on credit, making just a part payment on the car and narrated how difficult it was for him to get back his car, despite trying everything possible to settle the issue with Bobrisky amicably.
He wrote:
#bobrisky222 please pay your balance and you get you car re-delivered immediately.
Have been more than nice in condoling your attitudes and still very nice to tell my agent to go ahead and deliver the car to you just so you can use it for your birthday.
My agent had to go to the police station to write series of statements and provide all necessary documents before the car was released to him; as the location it was kept was already sealed up by the police.
We had a written agreement and it states that we still have full security hold on the car until all payments has been fully made. Gave you series of discount on this particular car just to support your brand.
For the record we’ve delivered cars to over two hundreds Nigerians and it’s always been a very smooth and hassle free transaction.
I know you are really tensed right now and am not happy either about what happened about your birthday. I told you i will still send my support whichever way I can.
So I don’t really get the part of bad luck! Iet me just assume its anger that made you say all this. Peace and love Bob! #mrjayautos
See his post below: 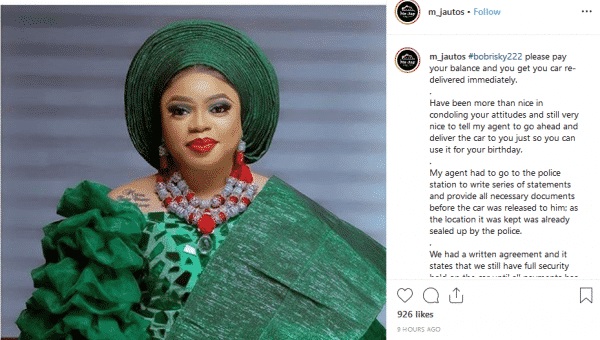