Joined as respondents in the petition are the APC and the Independent National Electoral Commission, INEC. 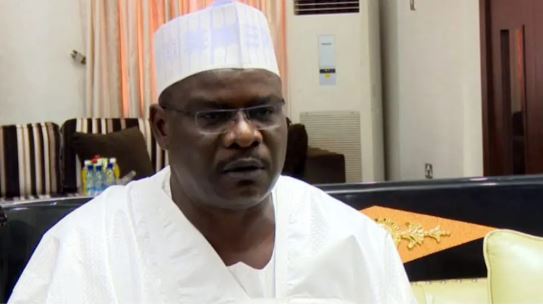 Ali Ndume
The Borno National and State Assembly Election Petitions Tribunal, sitting in Nyanya, on Monday dismissed a case filed by Malam Kudla Satumari of the Peoples Democratic Party, PDP, challenging the election of Sen. Mohammed Ndume as winner of the Borno South Senatorial District.
Satumari, is challenging the declaration of Sen. Ndume, of the All Progressives Congress (APC) as the winner of the Borno South Senatorial District poll on Feb. 23.
Joined as respondents in the petition are the APC and the Independent National Electoral Commission, INEC.
DAILY POST reports that in the petition dated March 15, with a number, EPT/BO/SEN/1/2019, Satumari averred that the election was marred by corrupt practices and non-compliance with provisions of the Electoral Act.
Ndume had earlier closed his case while APC did not call any witness but informed the tribunal that they would rely on the evidence of Ndume (The first respondent).
The Senator argued that the said Borno South Senatorial election was free and fair and not fraught with irregularities and non- compliance with the Electoral Act.
Ndume not only denied the allegations and averments contained in Satumari’s petition but demanded from the petitioners for strict proof in accordance with the law to the extent of their materiality to the petition.
He, therefore, told the tribunal during trial that the petition was defective and incompetent for the compliance of the Electoral Act.
Reading the Tribunal’s ruling, Justice Peter Kekemeke dismissed Satumari’s case declared that the petitioners could not prove the outcome of the National Assembly election in the Senatorial District was not obtained in compliance with the provisions of the Electoral Act.
Top Stories