A senior officer of the Nigeria Immigration Service has reportedly assaulted his junior colleague at a passport office. 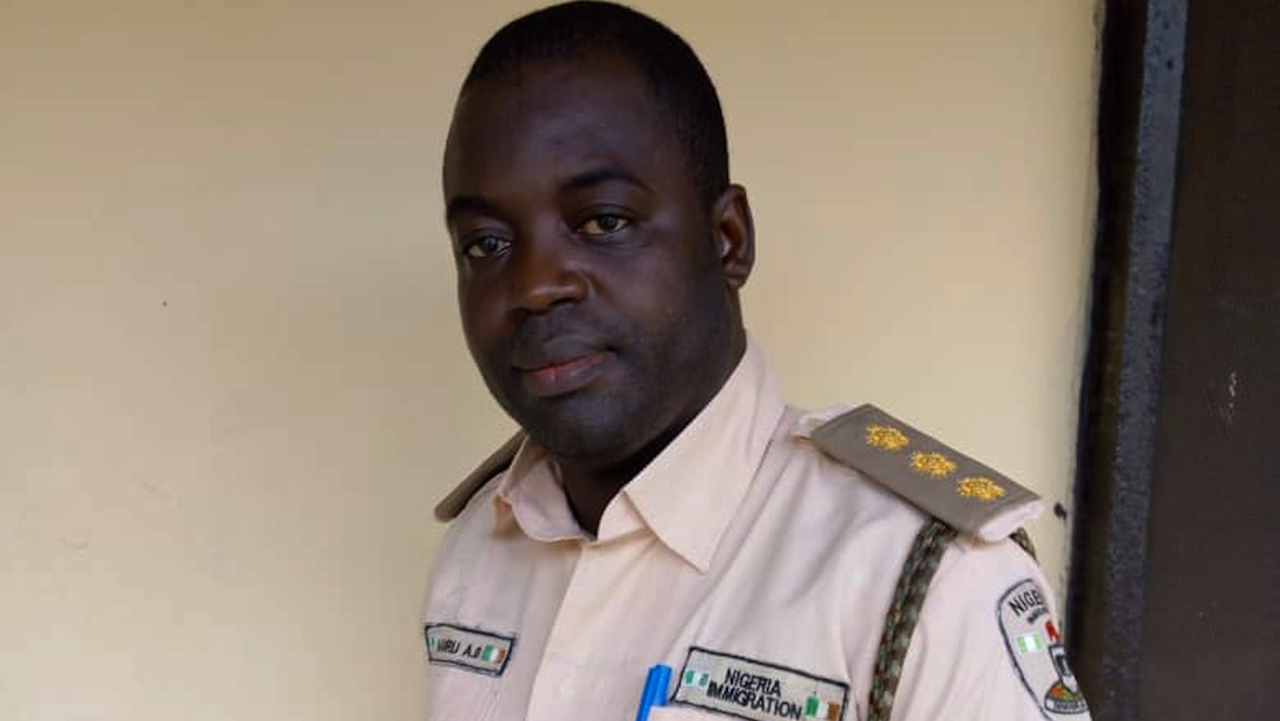 Mr Yemi Badru
According to a Punch Metro report, an officer of the Nigeria Immigration Service at the Ikoyi Passport Office, Mr Yemi Badru, has come under fire for reporting an alleged assault on him by a senior officer, Nasir Umar, to the police.

Badru, a Deputy Superintendent of Immigration, was said to have been queried by the NIS for reporting the alleged assault on him to the police.

Sources told Punch Metro that Badru was deployed in the Very Important Persons’ unit to attend to passport applicants when Umar, who is a Superintendent of Immigration, walked into the office and accused the officer of being too slow at his duty post.

The victim was reported to have told Umar that he could not have been faster than he was because the Internet services were poor on the day, but the senior officer was said to have abused him.

Not satisfied with the verbal abuse, Umar was alleged to have rained slaps on Badru, but a superior officer to both of them stepped in to prevent the incident from degenerating into a brawl.

Sources said other men and officers of the NIS were pained by the assault and the alleged cover-up of the incident, saying Umar had been abusive to junior colleagues and unruly to some of his seniors, because of his connection to top officers in the NIS.

One of the sources said, “Rather than punishing Umar for beating Badru, some powerful persons in the Immigration have now said Badru should be queried for reporting the case to the police. It is an attempt to cover up Umar’s misdeed, because he is a northerner and the bosses also are from the North.

“We are interested in how this case will be addressed, because if Umar gets away with it and Badru, who was assaulted, is punished, then Umar can kill any of us, who are not from the North, and he will get away with it. We want the NIS leadership to intervene in this case so that justice will be served.”

When contacted on the telephone, Badru told Punch Metro that he was severly beaten by Umar, but he declined to comment on the query.

He said, “A Chief Superintendent of Immigration, Mr Funsho Alao, who also works as the SA to the Passport Control Officer, who heard that someone was slapped, rushed in and pleaded with me to calm down and asked me to follow him to his office.

“I discovered that I was bleeding from one of my nostrils and I later sought Alao’s permission to seek urgent medical treatment at the Immigration Clinic. I was advised to go to a hospital instead of our clinic.

“I, thereafter, proceeded for treatment at the Military Hospital, Ikoyi’s Emergency Unit, where I was given first aid treatment and was referred to the consultant, Ear, Nose and Throat, for further treatment.

“I was also asked by the consultant to run some tests, which will cost to about N250,000, but  I haven’t run them due to financial constraints.

“At this point, I forwarded my written complaint to the Passport Control Officer. I also reported Umar’s assault on me to the police. After making a statement at the Ikoyi Police Station, nothing has been heard from the police.”

When contacted on the telephone by Punch Metro, the Assistant Comptroller General of Immigration in charge of the Zone ‘A’, Lagos, Alfa Abass, said he was driving.

A text message was then sent to him explaining the incident, but he said it was not true.

His reply read, “This is not true; but for more information, you can reach us in the office.”

However, a top officer at the command, who spoke on condition of anonymity, confirmed the incident to PUNCH Metro.

The officer stated that the command had set up a panel on the case and that Umar had been queried and given a letter of warning after he wrote a letter of apology to Badru.

The officer said Badru was issued a query in line with the rules of the NIS, which forbids the reporting of cases that happened within the organisation to the press without authorisation.

He stated, “The officer (Umar) admitted that he slapped him (Badru). Umar was withdrawn from the Passport Office and sent back to the command. He was queried and was also given a warning. The report of the panel has been sent to Abuja and we are waiting for further directives on it, because we cannot take certain decisions except we are directed from above.

“The officer, who was slapped, has a good case and we are handling it according to the rules. But he has also violated the rules by taking the case to the press after he had accepted the written apology and he also went ahead to inform the police. His actions were against the rules and that was why he was queried.

“We are not going to sweep the case under the carpet. We have done everything we should do here and we are waiting for further directives from the headquarters. We have a mechanism to deal with such cases, but you know we have to follow the rules as stipulated. No sane adult will be happy to be slapped, especially in the public.”
Top Stories