It was reported recently the Governor of Kaduna state, Mallam Nasir El-Rufai had called for the idea of zoning of political offices to be abandoned. 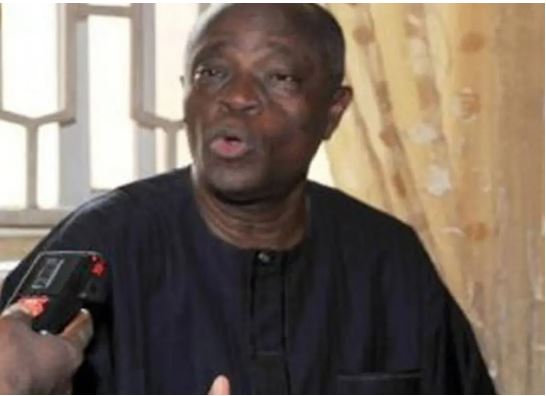 Senator Adeseye Ogunlewe
Senator Adeseye Ogunlewe, a former chieftain of the Peoples Democratic Party, PDP, who represented Lagos-East Senatorial District has said that it is turn of the Southwest geo-political zone to produce the next President come 2023.
The former lawmaker, who is now a stalwart of the All Progressives Congress, APC, was reacting to the belief in some quarters that the North should retain power beyond 2023.
“It is the turn of the Southwest and we are getting ready to compete,” Ogunlewe told Sun.
Asked about the Southeast and South-south that are already warming up to produce President Muhammadu Buhari successor, he added, “They should come up to compete. There is space for everybody. It is competition.
“We are working hard on it. Let them also work hard and plan as we are doing. That is why I am in APC.
“We have sacrificed a lot for this country. We are the people who fought for democracy. We are entitled to it and we will compete for it.
“The North should hand it over to us and that is why I am in APC too. We will be given the opportunity to compete and I want to be part of it.”
It was reported recently the Governor of Kaduna state, Mallam Nasir El-Rufai had called for the idea of zoning of political offices to be abandoned in favour of competence.
Top Stories