I Shaved My Privates And My Legs, Bought New Pants While Waiting For Him


A married woman with kids has recounted how her planned marriage anniversary failed following her husband's absence.

This woman was ready to go all guns blazing on her husband in the other room to mark her wedding anniversary.
She had cleaned herself up, shaved her pubic hairs, bought lingerie and wine only for the man to fail to show up. She has been left heartbroken and considering taking a break from the marriage.
Read the story she shared with a relationship blogger and adviser, Joro Olumofin below: 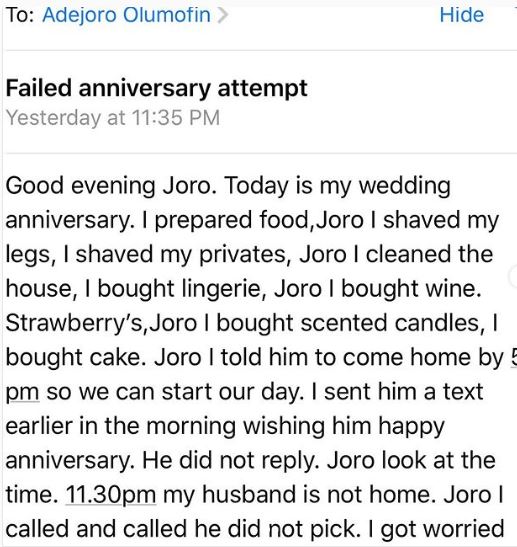 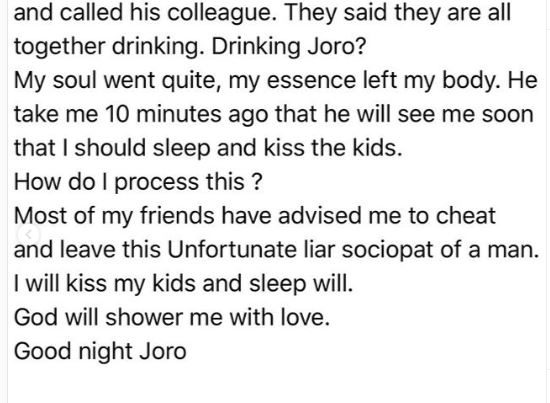