The family of the late Sani Abacha have sympathizers in the Buhari government, according to a fresh claim by Adoke. 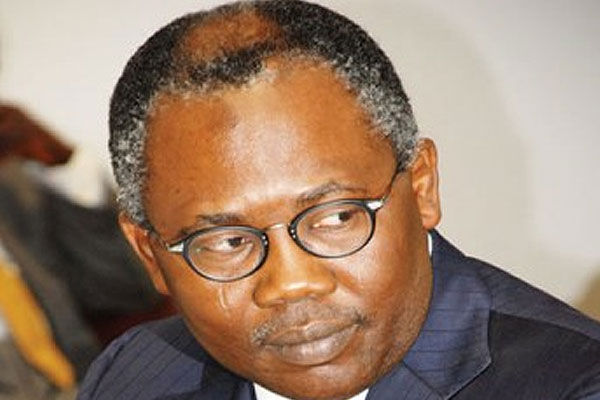 Mohammed Adoke
Punch Metro reports that a former Attorney General of the Federation and Minister of Justice, Mohammed Adoke,  says he believes the late ex-Head of State Sani Abacha’s family have sympathisers in the Muhammadu Buhari government.

General Abacha, who ruled Nigeria between 1993 and 1998,  stole millions of dollars from the treasury.

According to Adoke, the Abachas decided to go to court and make claims on the OPL 245, otherwise known as Malabu, under the Buhari government confirms his belief.

He said the development had shown the Abachas found the present political environment conducive.

Adoke, who was former President Goodluck Jonathan’s AGF from 2010 to 2015, made his position known in his book, ‘Burden of Service –Reminiscences of Nigeria’s Former Attorney-General’  expected to be on sale in Nigeria from Monday.

The  Senior Advocate of  Nigeria claimed  Buhari was misled into thinking that he was not fair to the Abachas in the Malabu transaction.

Adoke said Abacha’s son Mohammed started growing in confidence under the Buhari government and had gone to file a case in court, insisting he couldn’t have done that under the previous administrations.

He said someone must have given Mohammed the confidence that the courts could be used to get the oil block back.

He said, “Obviously, for the Abachas to dare raise their heads to make claims on their loot, today’s political environment is conducive to them. Clearly, they have sympathisers in the Buhari government.

“For the eight years that President Obasanjo was in power, the Abachas never came out to make a claim to OPL 245. They never tried it under President Yar’Adua either.

“Under President Jonathan, they never came out boldly to assert any claim. But under the Buhari government, they feel so comfortable to make such an audacious claim, even going on to file a suit.

“The Abachas have become sure-footed enough to step forward to go after OPL 245!”

The ex-minister said he gave Mohammed hell in the battle to recover the public funds looted by the Abacha family.

He claimed he made the Abachas to forfeit money hidden away in several jurisdictions across the country, hence “he (Mohammed)  hates me to no end”.

Adoke added that he undermined every attempt to compromise the case and turned down “several overtures and tempting offers” made to him allegedly by both Mohammed and his agents.

Adoke said he uncovered about $1bn  allegedly hidden by the Abacha family.

The ex-AGF said, “In sum, I was the hunted mouse being offered as a sacrifice to appease the Abacha family because of the perception that I had ‘not been fair’ to them.

“State institutions were clearly working for them, with the help of those who felt I had stepped on their toes one way or the other when I was the Attorney General. The ‘witch-hunters’ are having a ball.”

He said one of the mistakes made by the Peoples Democratic Party ahead of the 2015 presidential election was printing only one nomination form for the election.

The PDP printed only one nomination form which was obtained by Jonathan, thereby shutting out other members who might be interested in the contest.

Adoke said other people should have been allowed to participate in the contest.

He said, “Another mistake made by the PDP was attempting to adopt the American model where a sitting President from the ruling party does not get challenged. Aspirants were not allowed to participate in the 2015 presidential primary.

“They should have realised that Nigerian democracy had not advanced to that level of maturity.

“In hindsight, it would have been better to have had a contentious primary. It would have created a moral burden for any aspirant who considered leaving afterwards.
“In my view, that would have accorded people the opportunity to ventilate their views by participating in the process to get a sense of accomplishment, even if they didn’t win. That would have given the party’s primary more credibility.

“As soon as only one nomination form was printed for the presidential race, more upheaval was engendered. Many more people exited the party. Even those who remained were not there for the love of the party but for the benefit they stood to reap: campaign funds and more.”
Top Stories