Pinnick is the owner of half of the 12 properties that the ICPC said they have seized during the investigation. 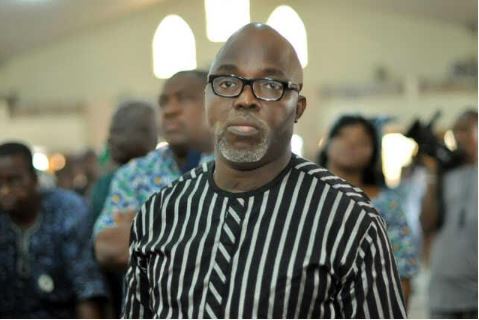 Amaju Pinnick
Aside from the investigations by the ICPC, the EFCC and the SPIP are also looking into the financial dealings of the NFF.
Several properties belonging to president of the Nigeria Football Federation (NFF) Amaju Pinnick and other top officials of the federation have been seized by the Independent Corrupt Practices and Other Related Offences Commission (ICPC).
The ICPC have moved against Pinnick and top NFF scribe as they investigate allegations of financial misappropriation.
Pinnick is the owner of half of the 12 properties that the ICPC said they have seized during the investigation.
The anti-corruption agency published a newspaper advert about the properties seized.
Properties of the NFF boss seized by the ICPC include a mansion in Ikoyi, a bungalow in GRA, Warri, an event centre in Warri, another bungalow in Asaba, an apartment in London and a plot of land in Abuja.
Two houses in Sokoto and Abuja belonging to the General Secretary of the NFF Mohammed Sanusi were also seized.
Ahmed Yusuf, a member of the NFF Executive Committee had two bungalows in Minna seized by the ICPC.
The anti-corruption agency also revealed that they have sealed the homes of the second Vice President of the federation Shehu Dikko.
"We can't go into further details beyond the fact that many officials of the NFF are under investigation," ICPC spokesperson, Rasheedat Okoduwa is quoted to say by the BBC.
"It's basically because what they have is in excess of what they have earned."
The ICPC are investigating allegations of the diversion of sponsorship money received by the NFF.
Aside from the investigations by the ICPC, the Economic and Financial Crimes Commission (EFCC) and the Special Presidential Investigatory Panel (SPIP) are also looking into the financial dealings of NFF's top brass.
Dikko and other NFF top brass have all been interrogated by the EFCC while SPIP in January recommended that president Pinnick be placed on a travel ban.
The Pinnick-led NFF have continued to deny all the allegations.
Top Stories