The All Progressives Congress has lost its Chief Security Officer in a fatal car accident. 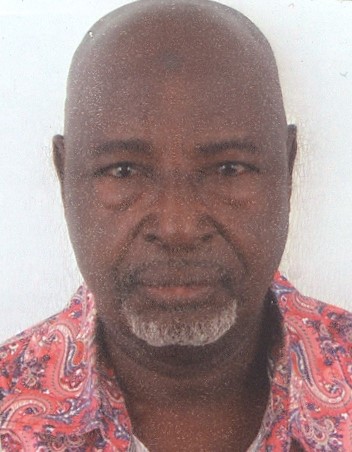 DSP Adamu Aso
The Chief Security Officer (CSO) of the ruling party, the All Progressives Congress (APC), DSP Adamu Aso (Rtd.), is dead.
TheNation reported that late Adamu, who hailed from Yobe state, died on Tuesday, October 1, 2019, in an auto accident, which occurred in Abuja. He was buried on Wednesday in Abuja.
Announcing the death of the late chief security officer of the party in a statement circulated in Abuja on Wednesday, the National Publicity Secretary of the APC, Mallam Lanre Issa-Onilu, said his experience and temperament would be missed.
According to the statement, Aso served as Acting Chief Security Officer at National Secretariat of the Congress for Progressive Change (CPC).
“The late DSP Adamu Aso (Rtd.) who was was born 12th April, 1950 (69yrs) was married with children. He hailed from Yobe State.

“The late CSO served in the Nigerian Police Force for 35 years after joining the Force in 1971 and retiring in 2006 as a Deputy Superintendent of Police.
“The Party will miss the experience, temperament and maturity the late DSP Adamu Aso (Rtd.) displayed in the discharge of his duties.
“We express our deep condolences to his immediate family, the Nigerian Police Force and staff of the APC over this painful loss. We pray Almighty Allah gives us all the strength to bear the loss”, the statement said.
Top Stories