SERAP has called on the CJN to stop state and federal governments from using 'the court as a tool to suppress citizens' human rights. 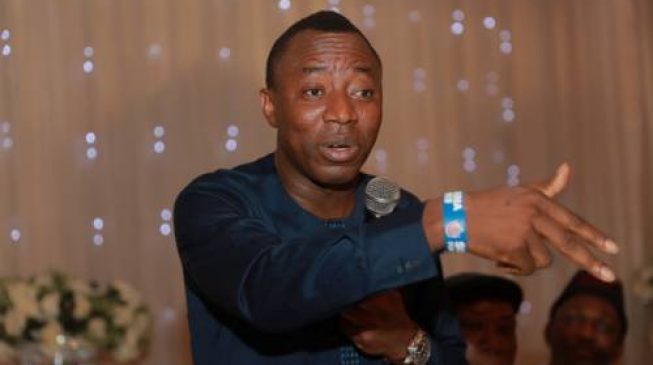 Omoyele Sowore
The Socio-Economic Rights and Accountability Project (SERAP) has written the Chief Justice of Nigeria (CJN), Justice Ibrahim Tanko Muhammad, asking him to urgently develop measures to stop state and federal governments from using “the court as a tool to suppress citizens’ human rights.”

The letter dated October 4, 2019, and signed by the SERAP Deputy Director Kolawole Oluwadare, was in reaction to the ongoing trial of the convener of the #RevolutionNow protest, Omoyele Sowore.

According to SERAP, the NJC should ensure that when the authorities disobey court orders and suppress human rights, they are not allowed to come to the court and seek reliefs until they purge their contempt, otherwise, “the justice system and the Nigerian constitution become a solemn mockery”.

SERAP also said: “In the climate of a growing clampdown on human rights of journalists and activists by several state governments and federal government, the NJC ought to push back and act as protector of individuals’ rights against abuses by the authorities.

“We believe that the courts, not the state government or federal government, should have the final say in matters of citizens’ human rights.”

According to the organisation, “the NJC should ensure that when the authorities disobey court orders and suppress human rights, they are not allowed to come to the court and seek reliefs until they purge their contempt.

“Otherwise, the justice system and the Nigerian constitution become a solemn mockery.”

The letter, copied to Mr. Diego Garcia-Sayan, UN Special Rapporteur on the independence of judges and lawyers, read in part: “If the practice by state governments and federal government is allowed to continue, the courts will be relegated to desuetude, and will lead to arbitrary and unrestricted power as well as further suppression of citizens’ human rights.”

“It is essential for the NJC to issue directives to all courts to promptly consider on the face of the papers filed by the authorities whether the charges brought against journalists, bloggers and activists are truly based on facts or fabricated to secure indefinite detention of citizens with judicial authority.

In all of such cases, the alleged offences are not constitutionally and internationally recognisable.

“It is important for the judiciary to exercise all the judicial power placed in its hands by the constitution with firm determination and to guard against encroachments on that power by either the state governments or the federal government.

“Even during many years of military dictatorship when the constitution was suspended and with it, Nigerians’ fundamental rights, the judiciary was still able to play an important role in securing protection of individuals’ rights and rejecting any forms of executive rascality by drawing on a variety of sources, including the African Charter on Human and Peoples’ Rights.

“The return of democracy in 1999 gave rise to a legitimate public expectation that the NJC and the judiciary would be more active and proactive in enforcing the fundamental rights of Nigerians and pushing back in cases of violations and abuses of those rights, for the sake of the Nigerian constitution of 1999 (as amended) and as a step forward for increased accountability and greater integrity in government.

“Nigerians now have a high degree of scepticism about the ability of the authorities at the state and federal levels to protect their human rights. We urge you to ensure that the NJC and the judiciary consistently demonstrate their original and sacred functions of standing between government and the governed.”

“Charging citizens for crimes of treason and treasonable felony or ‘insult’ simply for exercising their human rights shows the authorities’ lack of commitment to protecting the human rights of all Nigerians, particularly those who perform critical roles and contribute to strengthening and sustaining the Nigerian democratic system.”

“No government should have the power to use the courts as a tool of overriding the rights of individuals. The NJC has a responsibility to ensure that the courts play a central role in enforcing fundamental rights, and ensuring that the authorities do not use the courts as a tool to charge citizens with crimes, which are not constitutionally and internationally recognisable, simply for exercising their human rights.”

“Democracy requires some protection of the weak from the strong. The NJC ought to push for courts’ activism in the area of human rights, especially at this time when the authorities are regularly clamping down on citizens’ human rights. This will enhance democracy, the rule of law, and will be entirely consistent with the constitutional role of the judiciary.”

“Human rights and constitutional principles are fundamental and it is the role of an independent judiciary to give effect to those rights and principles, within the rule of law.”

“We believe that the NJC can ensure that the courts are better protectors of human rights than the executive at state and federal levels can ever be. Indeed, Nigerians including journalists, bloggers and activists require protection from both the state governments and federal government.”

“We believe that it is only an independent and courageous judiciary that can ensure full respect for the human rights of those brought before the courts by the authorities.”

“Agba Jalingo, journalist and publisher of the online CrossRiverWatch, is charged with treason over a report about an alleged diversion of N500 million by the Cross River governor, Ben Ayade.

According to our information, a Federal High Court sitting in Calabar, Cross River State, and presided over by Justice Simon Amobeda on October 4 2019 denied him bail. He was handcuffed to another inmate when he appeared in court.”

“We hope that the aspects highlighted will help guide your action by ensuring that the NJC is able to urgently respond to the threats to judicial independence and authority highlighted above. We would be happy to provide further information or to discuss any of these issues in more detail with you.”
Top Stories