You're Going To Get Me Sacked - Frustrated Coach, Solksjaer Tells His Manchester United Team


Frustrated Manchester United coach has warned his players that he may get the sack letter because of their flops. 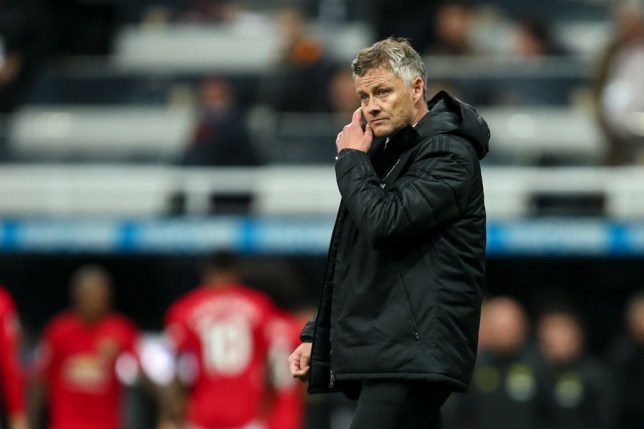 Ole Gunnar Solskjaer
Ole Gunnar Solskjaer told his Manchester United flops: “You’re going to get me the sack”.
And the Red Devils boss according to The Sun even warned them the axe could fall on him if they get thumped at home to Liverpool straight after the international break.

United have had their worst start to a season in 30 years and a 1-0 defeat at Newcastle on Sunday left them just two points above the relegation zone.

After the match, Solskjaer ripped into the players and for the second week running branded their performance “embarrassing”.

Then he warned them his job is now on the line despite a public vote of confidence from Ed Woodward a fortnight ago when the club’s financial results were released.
In a no-nonsense message, Solskjaer also told the players their own futures were on the line as a new boss would not necessarily back them like he has, The Sun reported.

Solskjaer has won just five of his last 23 games in charge.

Executive vice-chairman Woodward has supported the Norwegian’s rebuilding plans with a focus on youth but United could even be in for a relegation fight.

The hierarchy were prepared to end the reigns of David Moyes, Louis van Gaal and Jose Mourinho when results and performances were much better than this.

On the other hand, Manchester United have earmarked Julian Nagelsmann as a future Old Trafford manager.

Nagelsmann is just 32 but already on his second top-flight job in Germany and earning admirers at struggling Premier League giants United.

While pressure is building on current boss Ole Gunnar Solskjaer now, Sportsmail understands United currently have Nagelsmann down as one to watch for further down the line. But the process of gathering information on him is well underway, according to DailyMail report.
Top Stories