To exit this bind, African leaders need tonnes of cast iron resolve to reverse the aggressive onslaught of imperialism on their peoples, values, wealth, and well-being. 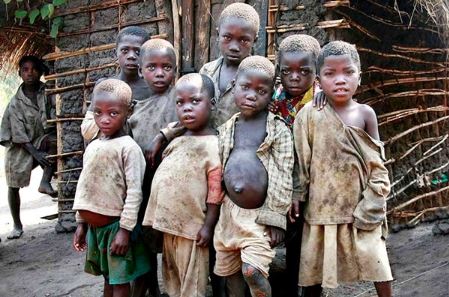 A 91-year-old Nigerian corporate titan, who will not like to be identified, called in after reading the text of this column last week. He expressed his opinion on how Nigeria’s subnational governments — state and local governments — can become economically vibrant.

Among other things, he argued that the cost of governance in Nigeria must be reduced; and states (and local governments presumably) should be weaned from receiving doles from the Federal Government (he probably meant the federation account).

This senior citizen, who ran a major blue chip company for close to a decade, notes that because Nigeria’s population and its purchasing capacity are growing rather fast, Nigeria is providing a huge market for the consumer products of Europe and North America, whose population is, ironically, probably diminishing.

He suggests that Nigerian governments — federal, state and local — must negotiate on the basis of quid pro quo with any multinational company that intends to operate in the country. He regrets that all too often, Nigerian state actors omit that aspect when soliciting the Foreign Direct Investment.

Which leads to the allegations by Pan Africanist Kwame Nkrumah, and protest writers, Franz Fanon and Paulo Freire, that the animal generally described as “International Monopoly Capital,” took a cue from free market patron saint, Adam Smith, to dominate and decimate the economies of the Third World, using the instruments of colonialism and neo-colonialism.

Revolutionary Che Guevara, the soulmate of another revolutionary, and the late Cuban President, Fidel Castro, observed that the “large proportion of the so-called underdeveloped countries (tied to the apron-strings of the Western bloc of the Cold War era) are in total stagnation, and in some of them, growth is lower than that of population increase.”

Guyanese Walter Rodney, iconoclast and Afrocentric thinker, who wrote the seminal “How Europe Underdeveloped Africa,” (from which the title of this piece borrows from) is of the opinion that “A society develops economically as its members jointly increase their capacity for dealing with the environment.

“(And) this capacity depends on the extent to which they understand the laws of nature (science)… (how they) put that understanding into practice by devising tools (technology), and on the manner in which work is organised.”

He argues that “What was called the development of Africa by colonialists was a cynical shorthand for the intensification of colonial exploitation of Africa to develop Europe faster. It was responsible for the blunting, halting and turning back of Africa’s development.”

After explaining that exploitation occurs when you deprive a society of the benefits of its natural resources and its labour, Rodney enumerates the factors that led to how Europe underdeveloped Africa.

These curses are: Slave trade, that led to the massive loss of African labour force, as the forcible evacuation of many young and able-bodied men and women to the Americas led to abandonment of areas hitherto inhabited by people.

Rodney arrived at the rather sad conclusion that: “In effect, enslavement was causing these people to lose their battles to tame and harness nature — a battle which is at the basis of development.”

Also, Europe that used to import woven fabrics from Africa (and India), used colonisation to compel Africa to abandon its manufacturing industry, embrace cultivation of raw materials, and import finished products manufactured by the sophisticated technology of Europe. You may recall how parboiled rice was dumped at rock bottom price in order to knock locally produced rice out of the market in the 1970s.

Rodney observes that “So long as there is political power, (…) a people can be mobilised to use weapons, and… (their) society has the opportunity to define its own ideology, culture, (and religion), the people of that society (will) have some control over their destinies.”

But where these capacities are compromised, as in Africa, by external aggression, represented by Western imperialists, who demur to transfer their technologies to their colonies, it will be difficult for Africans to freely apply their skills, and contribute to new technologies in war, agriculture and manufacture.

To accentuate this point, Rodney adds: “Development… at the level of the individual implies increased skill and capacity, greater freedom, creativity, self-discipline, responsibility and material well-being.”

Dr. Arikana Chihombori-Quao, who was Permanent Representative of the African Union to the United States of America in Washington, DC, until she was relieved early this month in circumstances that the AU insists were procedural, has an unflattering opinion about France’s terms of disengagement from colonial French Africa.

Chihombori-Quao, who is extremely vocal about the negative implications of the sinister 1885 Berlin Conference that divvied up Africa like war booty among the European Powers, put France on the spot in a narrative that sounds almost improbable.

She recalls that when France was pulling out of colonialism in Africa, its government compelled the leaders of its former colonies to sign a punishing “Pact for the Continuation of Colonialism.”

The French, she claimed, had argued that because the Francophone people were beneficiaries of French education, infrastructure, even table etiquette, France would extract what it called “The Colonial Debt,” which those countries would pay in perpetuity.

France demanded that those countries would deposit 85 (later reduced to 60) per cent of their central bank reserves with the French Minister of Finance who would invest that money in the French stock exchange as if it was French money.

And France may, or may not, disclose the terms and actual returns on this investment to the Francophone countries. The Yoruba say that those who share meat with their own teeth may swallow more than their portion.

She reports that today, France takes as much as $300 million out of Africa, though she also claims it is $500, or even trillions. But the point has been made that Francophone Africa nations are paying huge sums annually for being former colonies.

Chihombori-Quao threw in a grieving curve: “Should any of these countries wish to access some of their money deposited with France, they are (required) to submit their financial report… And if it is approved, they can only access up to 20 per cent of (their) money — as a loan at commercial interest rates!”

That is not all: They were also told that their military could only purchase its hardware, and receive training, from France that would always maintain military presence in their countries, in addition to reserving the rights to invade those countries militarily, should France feel that its interests are threatened.

France added that it retained the right of first refusal to exploit minerals already discovered, or yet to be discovered, in these countries, as well as any major project, private or public, that these countries may want to execute.

If these claims are true, and one should wonder why Chihombori-Quao would put out such an outrageous lie, then Africa will remain in the vice grip of imperialism, and the odds are stacked against her progress.

To exit this bind, African leaders need tonnes of cast iron resolve to reverse the aggressive onslaught of imperialism on their peoples, values, wealth, and well-being: There  is no other way out.