In what will come across as a rather startling development, church members have been seen 'flogging' demons. 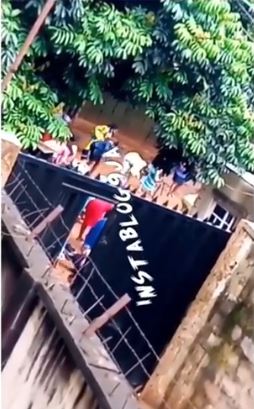 A video has emerged on social media showing the moment some church members were seen performing a rather strange activity.

In the video, the church members were seen continuously hitting the ground with long sticks they were holding while seemingly chanting prayers.

According to a witness who shot the video, the church members were actually 'flogging demons' with the 'holy sticks' they were holding, apparently on the instruction of their pastor.