A shark has brutally attacked some tourists on a river, biting off the foot of one man and leaving others with other injuries. 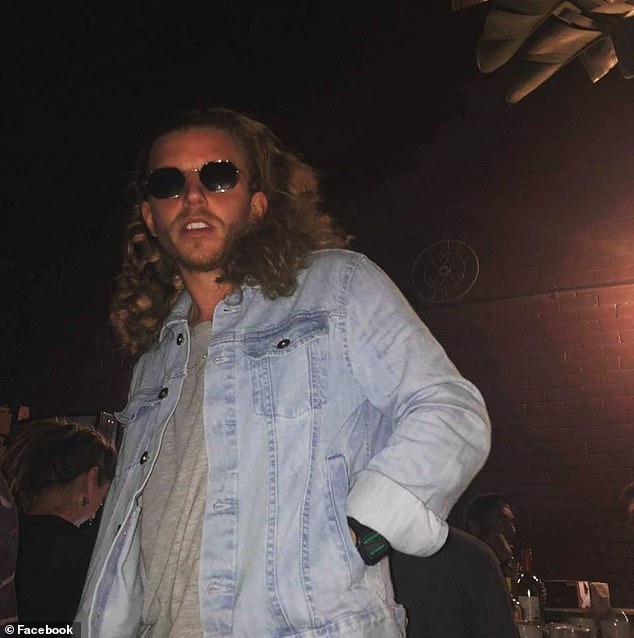 Alistair Raddon, 28, from Southampton, had his right foot 'amputated' when he

A British backpacker had his foot bitten off and another was seriously injured in a brutal shark attack while snorkelling near the Great Barrier Reef in eastern Australia.

Alistair Raddon, 28, from Southampton, had his right foot 'amputated' in the attack on Tuesday while 22-year-old Danny Maggs, from Plymouth, suffered severe lacerations to his right calf.

The attack happened at 10.17am while the pair were swimming in the ocean off Hook Island, part of Queensland's Whitsunday Islands which is a popular spot for tourists.

Both men were rushed back to shore and driven to meet a rescue helicopter, which then airlifted to Mackay Hospital in serious but stable condition.

A spokesman for the Queensland ambulance service said the pair were in 'good spirits' and discussing the rugby world cup during the journey, but added 'the impact of the attack is not lost on them'.

Witnesses said the pair, who were taking part in a ZigZag day cruise with around 20 others, were playing and thrashing in the ocean when the shark bit one of them, then returned to bite the other.

The men were saved by two international paramedics on board the tour boat, who gave them 'immediate and substantial first aid' by applying pressure to their wounds until the boat could to Abel Point Marina at Airlie Beach.

From there, ambulance crews continued to treat the backpackers before they were transported to the town of Proserpine, around 10 miles away, where they were picked up by a rescue helicopter.

The men were then airlifted to Mackay Base Hospital where they remain in a serious but stable condition.

was taking part in a snorkelling trip when he was attacked at 10.17am Tuesday

It is not clear how many other people were in the water at the time of the attack, or what kind of shark bit the two men.

An official at Arlie Beach said the other tourists were given food and water on their return, and offered counselling.

The attack happened in Hook Passage, which is about 11km from Cid Harbour, where two women were attacked and one man was killed by a shark last year.

It appears from social media posts that Alistair has been travelling since at least 2017, when he uploaded a photo from south east Asia to his Facebook profile.

He has been in Australia since at least March this year, when he posted a photo of Melbourne at sunset.

It appears Danny Maggs also began travelling in south east Asia in 2017, when he uploaded a series of photos from Vietnam.

By March the following year he had made his way to Bali, before ending up in Australia around eight months later.

It does not appear that the two men had been travelling extensively together, despite sharing similar itineraries, though they are listed as 'friends' on Facebook.

It is not clear for how long they knew each other before the fateful trip to the Whitsundays.

'We are saddened to confirm that two of our guests were injured in a shark attack this morning,' a spokesman for ZigZag tours said on Tuesday afternoon.

'Our thoughts are with them, their families and the other guests on the tour.