Nigeria's President Muhammadu Buhari has been told to order the military to suspend Operation Positive Identification. 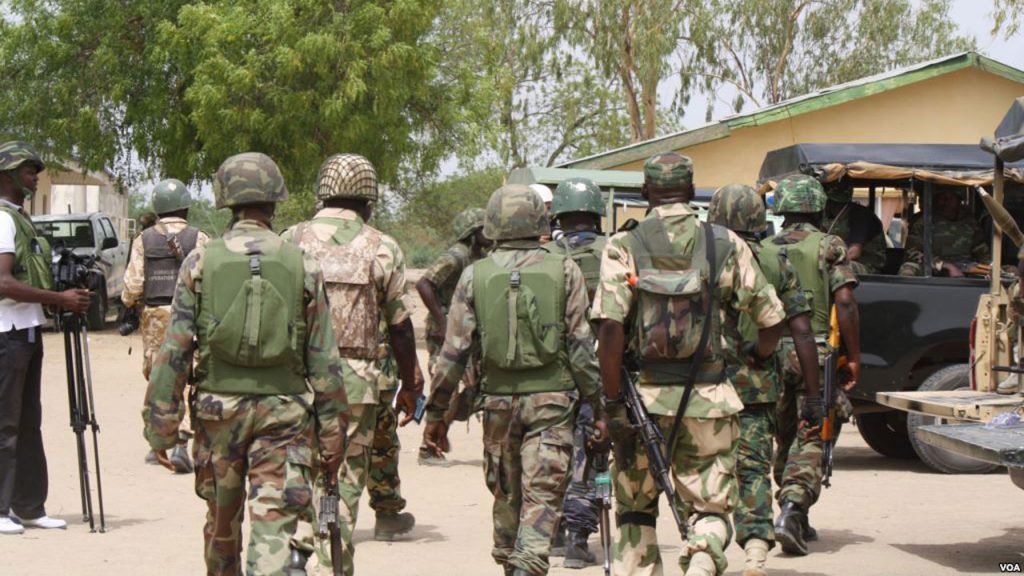 Nigerian Army
The House of Representatives, on Tuesday, called on President Muhammadu Buhari to stop the planned Operation Positive Identification by the military.
The decision followed a motion of Urgent Public Importance moved by the minority leader, Ndudi Elumelu at the plenary session presided over by the Speaker, Mr Femi Gbajabiamila.
OPI is an operation the military claims would allow Nigerians provide documentary proof of identity to separate citizens from aliens and to checkmate bandits, kidnappers, armed robbers, ethnic militias and other criminal elements in the society.
Elumelu described the proposed operation as “infringement on the rights of Nigerians.”
“It will be an indirect state of emergency if allowed to take place and the plan contravenes sections Section 217 sub 2(c,d) of the 1999 constitution.
“The sections reads, The Federation shall, subject to an Act of the National Assembly made in that behalf, equip and maintain the armed forces as may be considered adequate and effective for the purpose of —
“(b) maintaining its territorial integrity and securing its borders from violation on land, sea, or air;
“(c) suppressing insurrection and acting in aid of civil authorities to restore order when called upon to do so by the President, but subject to such conditions as may be prescribed by an Act of the National Assembly; and
“(d) performance such other functions as may be prescribed by an Act of the National Assembly.”
Also, the Deputy Minority Leader, Rep. Toby Okechukwu (PDP-Enugu) said the proposed plan was not within the mandate of the army.
“It is not part of their mandate, we have the National Identity Management Commission and we have the security apparatus.
“Unfortunately we have been under siege by Boko Haram.
“They are simply belabouring themselves with jobs that do not concern them. We have to interrogate this through the committee on Army.”
Also supporting the motion, Rep. Ahmadu Jaha (APC-Borno) proposed that the army commence offensive attacks “against Boko Haram and bandits in Northeast and Northwest’.
“From Abuja to Maiduguri is 14 hours under normal circumstances; if you ask for identification at every checkpoint, how many days will it take before passengers get to their destination?”
The house unanimously supported the motion.
(NAN)
Top Stories