As many as 65 people have been killed after a train fire was ignited by gas cooker explosion on board. 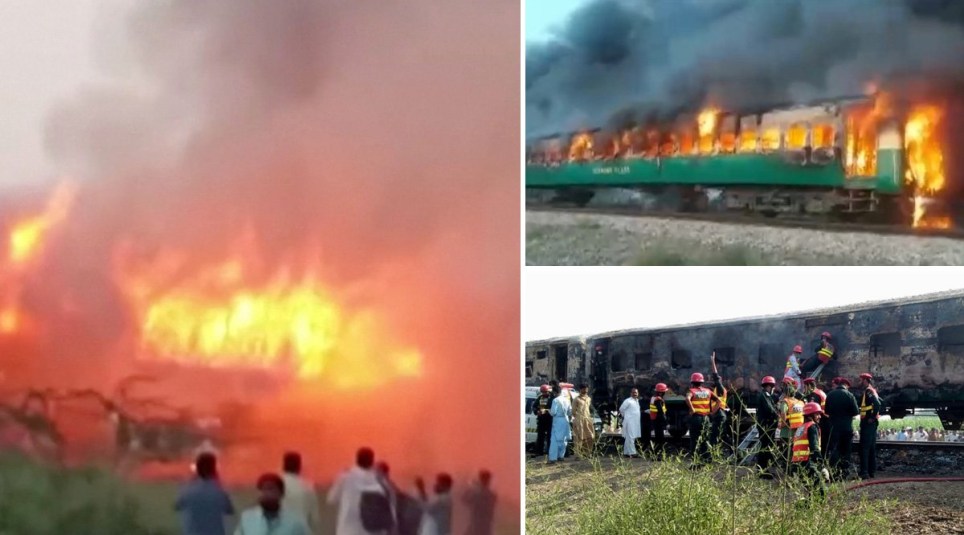 At least 65 people have died in Pakistan after a packed passenger train blew up and burst into flames.

The train erupted in a fireball after a gas canister being used to cook food exploded. Officials have said many more people are injured, some in a critical condition. 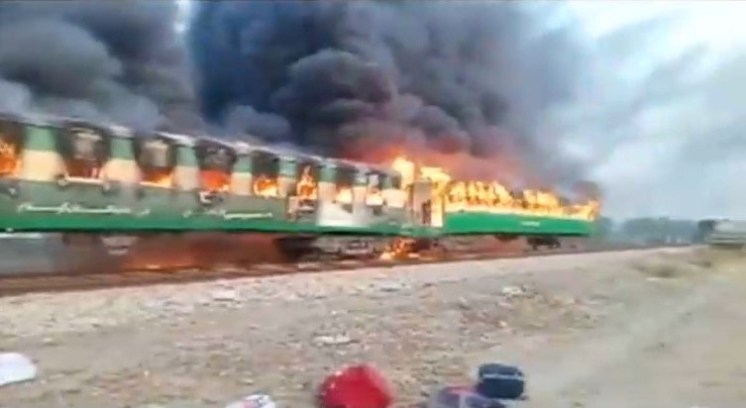 The fire destroyed three of the train’s carriages near the town of Rahim Yar Khan in the south of Punjab province.

Minister for Railways Sheikh Rashid Ahmed told Geo TV: ‘Two cooking stoves blew up. They were cooking, they had (cooking) oil which added fuel to fire.’

He added: ‘Most deaths occurred from people jumping off the train.’ 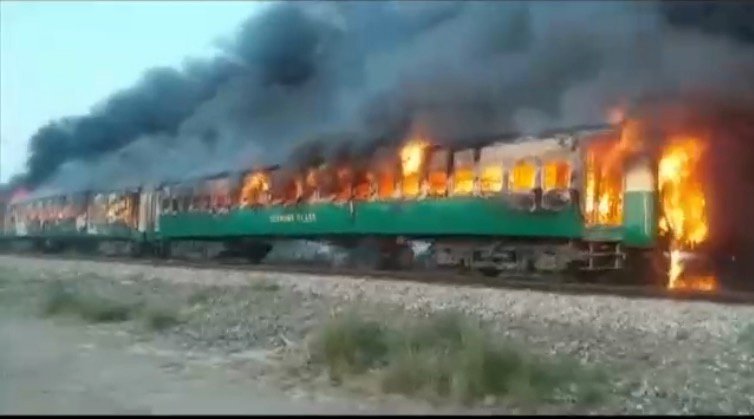 Authorities have warned the death toll could still rise, with the military drafted in to help rescue efforts. People sneaking stoves onto trains in order to prepare meals on long journeys is a common problem, the minister said. 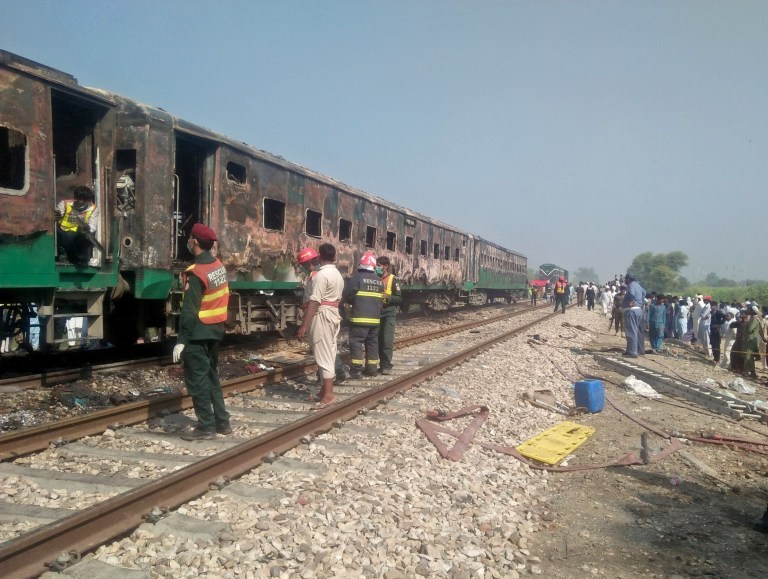 Eleven people were killed in an accident in July and four in another accident in September.