Actress Foluke Daramola is a big fan of sports and her massive body size especially her boobs haven't restricted her from participating. 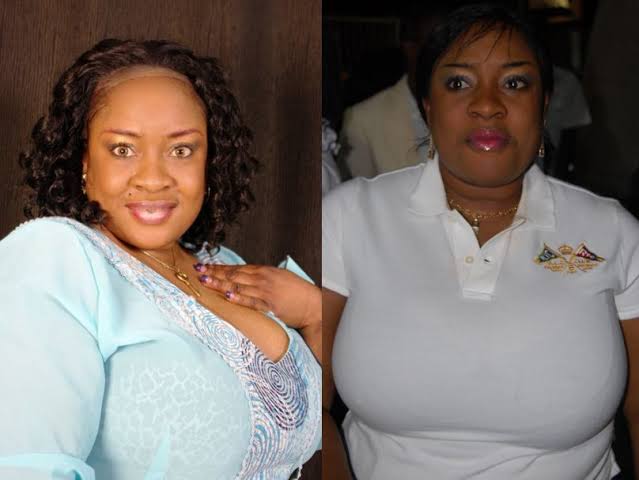 Actress Foluke Daramola talks about her sporting life, playing table tennis, her preference for Cristiano Ronaldo, support for Arsenal and more in this interview with Tana Aiyejina of the Punch Newspaper.

Do you think there is a similarity between entertainment and sports?

Yes, I think football is entertainment. That is what unites the people, according to my own definition. So, I think it is, even though in the game of football, people use their legs.  But at least it still entertains people and it brings people together from different tribes and races. It is the same thing as music and even the arts.

While growing up, did you engage in sports?

Yes I did, I played table tennis with my late brother.

Why did you stop?

I just grew out of it, It happened the moment I lost my brother and there was no one to help me keep up with the passion.

Do you still engage actively in sports?

Right now, not really, apart from the regular walk for fun and exercises which I have not been consistent with. I still try to play table tennis, but it is not like the way it was.

Are you a fan of the Super Eagles or any of the other national teams?

Yes, in a way. Maybe because my son is addicted to football, he is very good at playing football. He is out of the country now, but when he was around, he would do anything to watch football, so he got me attracted to the game in a way.

Do you support any football club?

My son is an Arsenal fan, so I have to automatically support the club he follows. I didn’t see their recent game (Carabao Cup defeat) against Liverpool but I’m sure if I was around him, I would have watched the game. But from what I heard from him, this season is better for the Gunners compared to how they performed last season.

Who is your favourite footballer between Lionel Messi and Ronaldo Ronaldo?

I will say Ronaldo, because he is a better entertainer and he is more of a celebrity family man. The way he handles his home, his wife, his fashion sense and more makes me prefer him to Messi.

Have you had a crush on any sports personality before?

None that I know of.

What’s your opinion on female footballers?

I think they are trying but the Nigerian system is not encouraging them like it is supposed to. For instance, I have a close relationship with Florence Omagbemi, she was in a relationship with a cousin of mine back in the day. I knew her to be dogged and determined to be successful in her football career, and at a point she was the coach of the Super Falcons. She is the only one I got to know one-on-one and I could see the passion with which she did the job both as a player and coach.

If you could pick a football star as a husband, who will that be?

I am not so conversant with the football stars, so I can’t even say I want to pick one as a husband.

Do you think being busty is a hindrance to doing sports?

I don’t think so, it is a part of you, if you are busty or you have a big back side, it doesn’t make you heavier than a lady who is slim. It is part of you that you go with, so it doesn’t add any extra weight to what any other person has. So, if you have the passion to play football, why not? Your chest or back should not be a hindrance to your passion.

If reincarnation is true, will you like to comeback the same way?

If reincarnation is real; I would love to marry my present husband (Kayode Salako) the first time.
Top Stories